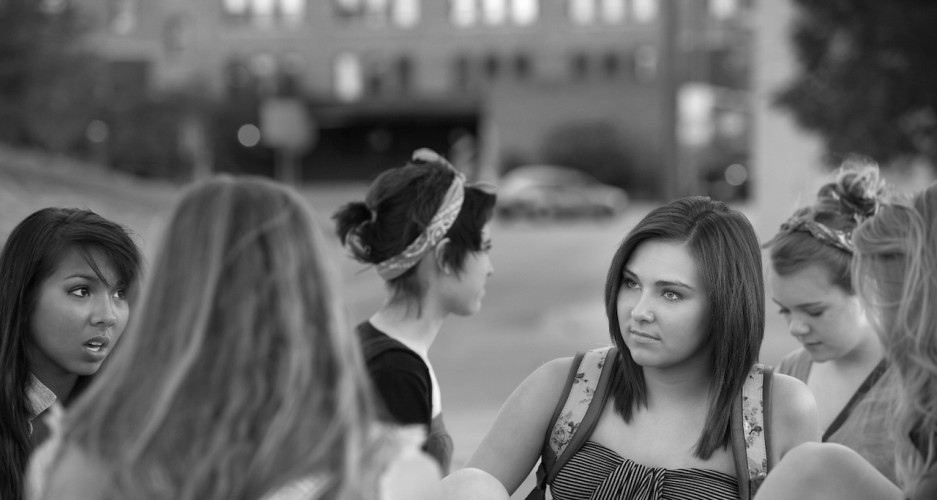 Changing attitudes toward the family across ethnic and socioeconomic lines shed light on shifting conceptions of the American Dream.

So sang a group of Latino teenagers living in a mobile home park in Tomball, Texas, just outside Houston. They were between the ages of 14 and 17, and I was joining them for pizza and inquiring about their lives—who their friends were, what they did after school, whether they hoped to go to college, what they wanted to be doing in ten years. Some had emigrated with their parents as children, while others had been born in the States, but they had all grown up in this tight-knit trailer community where the bulk of families hailed from the same Mexican village, all the fathers worked, and most of the marriages were still intact. In the midst of this apparent coziness, the force of the repugnance they expressed toward parenting took me aback.

“We’re used to girls like us having kids young,” one of them explained. “But I want to live. I don’t want to be a housewife.”

They went on to cite desires to travel and establish careers. If babies were in the cards, they said, the earliest age they could imagine having them was 32. Most had come from large Catholic families and spent their summers helping Mom and babysitting siblings. They weren’t ignorant about kids, but it was clear that the raucous, full home lives that had defined their own childhoods needed some simplifying if they were to advance to the same heights their non-Latino peers were likely to reach. Delaying or even rejecting parenthood seemed like the logical step to a faster freedom, and thus happiness.

On one level the attitude was understandable. They were teenagers concerned with the normal teen stuff—homework, their peers, doing what they wanted sans permission or threats. Settling down and having kids implied responsibility and constraints, hassle and inconvenience. They had grown up understanding first-hand the demands that come with caretaking, a role likely unfamiliar to their white middle-class classmates whose afternoons were flooded with extracurriculars. Best not to be naïve about the costs of commitment. There’s no permanence like parenting.

On another level I was curious, even concerned. They seemed to underappreciate the webs of affection that had defined their youth, the familial love, loyalty and belonging encasing them in emotional stability and contentment. Would they reach their late twenties having lived as they’d wanted, only to find themselves adrift and alone? Would they come to regret their adolescent adamancy amidst the uncertainties of adulthood in the twenty-first century?

I couldn’t deny the more depressing statistics backing their reticence. More than 53% of all Latinas become pregnant at least once before turning 20 years old. Mexican-American girls complete high school at much lower rates than the female population as a whole (55.8% compared to 85.1%), which limits their job prospects and geographic mobility.

But what I saw in these Mexican teens was a well of hope and shy chutzpah, eyes alight with the adventure of cross-cultural commuting that had defined their American experiences to date. They had navigated adolescence without falling prey to more debilitating life events, and their optimism was contagious—here were true dreamers. They spoke less about status and more about mastery. Acquiring a skill in journalism or carpentry held meaning; conquering social ladders did not. It was refreshing—zeal without guile in an age of achievatrons. But “no kids”?

Their trailer park faced an affluent, gated subdivision across the street. I drove through it after meeting with the Mexican teens, and the contrast was considerable. Each house was walled off from the next, and there was no common playing field. What was most striking was the silence—no ice cream truck in this suburban complex (it had chugged by our mobile home with a chirpy song while we were finishing pizza), only Audis with mothers driving daughters to private music lessons. “Building resumes,” I was told.

I didn’t gather a similar group in this largely white neighborhood to compare their aspirations with those of their peers across the street, but in my conversation with a guy who runs the waste treatment facility that serves both communities, he confirmed the standard fare: Take AP’s, find some community service opportunities, get into a prestigious college, and surf off networks and degrees from there. And it all sounded promising, except for knowing the laments of those in their same demographic (indeed, my demographic), just ten years ahead of them—laments of isolation and unexamined box-checking, reports of alienation and purposelessness. Upbringings of the college-bound structured according to the hurdles of our meritocracy, not first to love and loyalty, commitment and invisible service.

The reason I was struck by the Mexican-Americans’ aversion to having families of their own was that it seemed they were erasing what had been for them a key and distinctive (if unacknowledged) part of their present sparkle and emotional contentedness. That the demands and joys of the familial webs in which they had been enmeshed had protected them from a mainstream that only understood pedigree and the individual extraordinaire. A mainstream that knew how to evaluate grades and resumes, but didn’t know how to support and nurture the whole beings of young adults once they graduated from upbringings structured under one vision of success.

It seemed that the trailer park teens with disadvantaged resumes had within them riches of wisdom and community that their middle-class counterparts lacked, but were about to choose the same road of career before marriage, odyssey before kids. None of this was cause for judgment—I just didn’t want the costs that they saw their parents bear deter them altogether from what could one day be a surprising source of ballast.

This was originally published for The Institute of Family Studies.

Inequality in an Acre