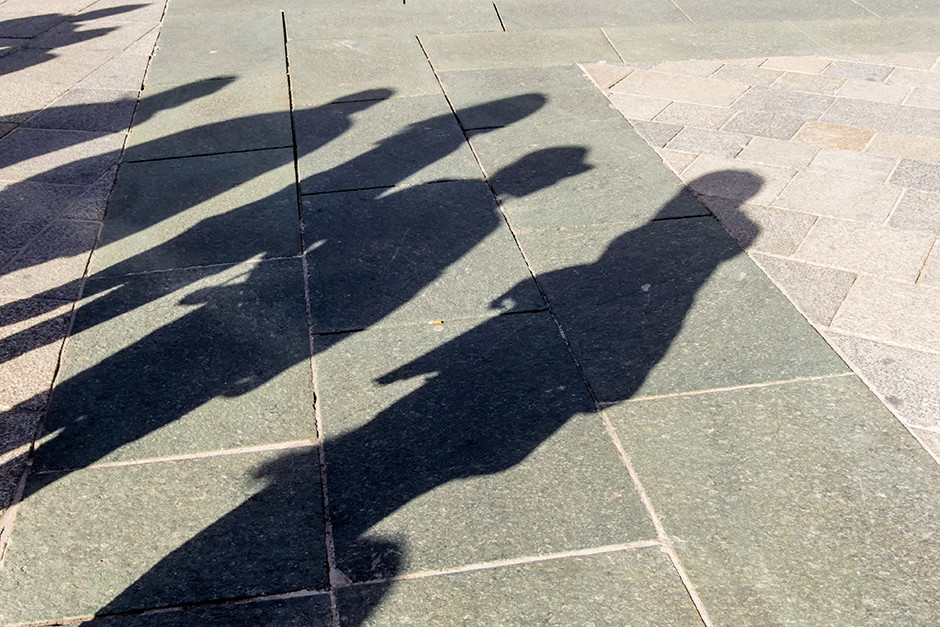 An observation at how much our online behavior has evolved in one decade leads to questions about virtual community.

Google and I are buddies these days. For whatever reason, I’ve found myself returning to the curiosity of a kindergartener, wanting to follow up on the most basic intrigues with the ever-insatiable “Why” and “How?” Suddenly wondering whether vegans are able to enjoy dessert. Recipes are at your fingertips. Want to know exactly how Google Maps tracks traffic in real-time? Google it. Debating with colleagues how the Olsen twins actually got their start on Full House? Just type it in.

There’s obviously nothing new about the search engine as a digital staple, but in using it to uncover random bits of knowledge – and stumbling upon a history of blogs and discussion boards en route – a hypothesis has bubbled up: We were more polite, careful and informed in our online participation a mere 10 years ago than we are today. Etiquette transferred from the realm of face-to-face contact in the days of Web 1.0 is now buried under a norm that goes for instinctual over considered, sensational over reasoned.

For those already lamenting the decline of civility in the public square, this will prompt a yawn. But my own radar has awakened through sillier channels, while indulging a guilty pleasure known as “Gilmore Girls.” A friend acquired the seven-year series on Netflix, and I’ve found myself hooked on the show’s wit and banter. It’s a throwback to the milieu of my late teen years, taking their course alongside Rory Gilmore’s during the show’s airing, which began in 2000.

Call it geeky, particularly given that the show’s been dead for eight years, but the more I’ve gotten absorbed in the script and the plot, the more I’ve wanted to learn about Gilmore’s history – how it was inspired, how popular it was in its time.

Google to the rescue. A few crowd-spoilers in, I landed on the show’s IMDB page, where I began scrolling through the reviews. At first I didn’t notice the time stamps; what stuck out was how many men liked the mother-daughter scheme, of all ages and life stages (theories welcome). But then I started to notice something else, something I hadn’t been looking for.

It was propriety. The reviews were well-written, substantive and sincere. People called out their disappointments and criticisms, but they were backed up by a reasonable explanation, not crass attacks. There was plenty of independent thinking, and even surprising levels of personal stakes voiced, but each commenter seemed cognizant of other voices in the string, even if they didn’t address one another directly as today’s news and social media feeds allow. And the dates of the reviews’ posting? 2002, 2003, 2004, 2005.

“With so much garbage on TV today,” read one, “it’s refreshing to find something that you can sit down and enjoy without being offended every other minute with crude, boring or unsuccessful attempts at humor. This show delivers humor in the form of life experiences with people [you] not only wish were members of your own family, but in reality could actually tolerate being members of your family. … You feel that if you are with these characters, they will pull you up with them rather than step all over you to get ahead themselves.”

Another wrote, “On Gilmore Girls the drama unfolds not according to plot formulas but the interactions of the characters. … The show is female-centered without being self-consciously so or politically charged. [It also] takes a unique, thoughtful, and complicated view of the relationship between the generations. … Here we have three women of a line, Emily, Lorelai, and Rory, who are made of the same material but have led VERY different lives and are trying to get along and be a family.”

The reviews continue in this vein. It was full-on decorum and even cultural ownership in a public Internet discussion; I was taken aback, and then taken aback at how surprised I was. Was this really how we engaged icons of shared consumption only 10 years ago?

Researchers have started studying the evolution of online commenting, and a few patterns are emerging. Men are more likely to post negative comments than women. Anonymity hurts. In a 2014 study titled, “Virtuous or Vitriolic: The Effect of Anonymity on Civility in Online Newspaper Reader Comment Boards,” University of Houston Communications Professor Arthur Santana found that 53 percent of anonymous comments used language that was vulgar, racist, profane or hateful, whereas only 28 percent of non-anonymous comments were declared uncivil. Also last year, the Pew Research Center published its first in-depth study of online harassment among American adults, and one in five respondents said their last abuse occurred in the comment section of a website. Half of those harassed didn’t know the person behind it.

None of this is news – I don’t know anyone now over age 25 who thinks the Internet elevates the overall discussion. But what is surprising is how visibly our behavior has changed. In one decade, social norms have been scrambled. It’s not just that we feel freer to be short-tempered, but that standards of excellence have plummeted. As we’ve grown busier, become more accustomed to disembodied communication and sharing our thoughts before unknown masses, accountability, intentionality and depth have ebbed. We’ve developed an addiction to controversy and the verbal grenade, rewarding both in clicks and interactivity.

There’s a changing cultural landscape reflected in the rearview mirror here – a rise in narcissistic behavior, the loss of patience for dialogue, the coalescing of like-minded individuals who feel no need for correction or balance. But I do think technology is in the driver’s seat. Talk to your neighbors in daylight, and you’ll still find a silent majority of people yearning to engage serious issues in serious company. What’s unclear is whether the Internet is a place where this can happen.

Is there an opening in our current climate for genuine online communities to be built – where people feel invested in others, where an awareness of one’s own ignorance defines appropriate behavior, where participation is more about learning and advancing an idea than it is about broadcasting a persona? Some online universities and other learning platforms are exploring more definitive checks and balances to cultivate these improvements, but it might be worth applying that implementation to less formal spheres. So that new kinds of neighborhoods have a shot at sustaining within the networks of Web 2.0, so that each grenade finds its purpose in the larger organism that disciplines it.

This column was originally published on March 24, 2015 in The Orange County Register.