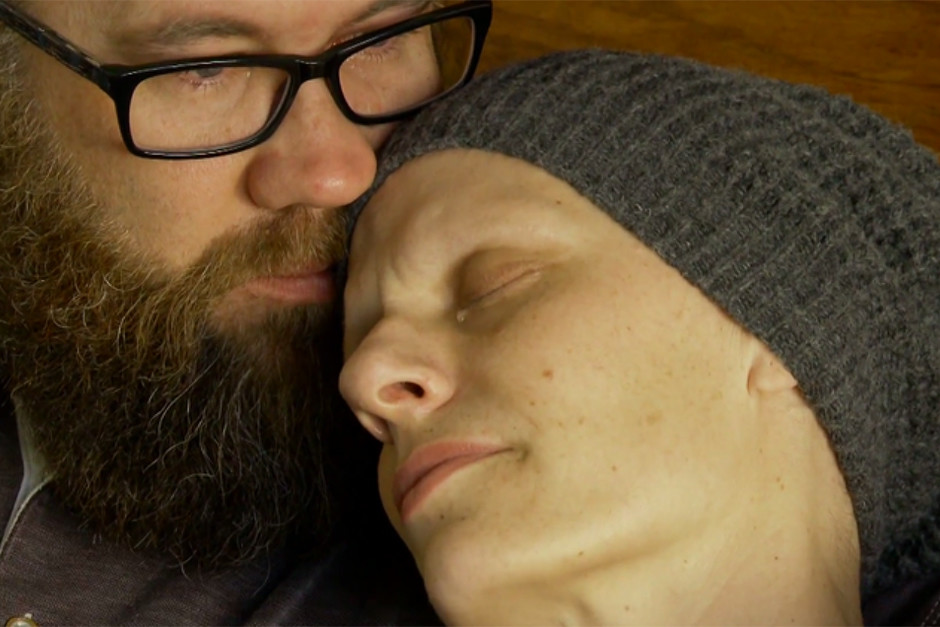 One woman’s love — through her living and dying — shines a light on grace where few expect to find it.

Sometimes a wave of sadness seems to shudder through the world in an extra vicious sweep. One hundred and fifty people killed in a plane crash last Tuesday. Four hundred girls and women kidnapped in Nigeria. Two buildings in Manhattan crumbled after a gas explosion – 19 injured, two dead.

These are the headlines, with thousands of lives behind them forever changed. At times they pass through our screens like a distant scatterplot. At other moments they echo sorrows striking our own shores, our sensitivities inflamed by pain we know too well. A brother is struggling through a return of cancer. Parents next door are having to bury their 28-year-old son. Goodbyes come without warning, and hearts shatter.

Nothing about any of this is good. Nothing should be explained away. Burials, frayed endings and the whole range of losses do have their moment of triumph – sometimes lasting days, more often years.

In the last two weeks, I’ve encountered a woman whose response to suffering has stilled my own straining to over-interpret personal travails and organize the darkness of others. Her name is Kara Tippetts, and she died from a two-and-a-half year battle with cancer on Sunday, March 22.

I never met Kara in person, but her blog, Mundane Faithfulness, and her book, “The Hardest Peace,” came my way six days before the end, before the 38-year-old departed from her beloved husband and four kids. The blog details their family’s struggle with this most unfair diagnosis, the treatments, the reprieves, the support they received, the emotional rollercoaster.

“I feel like I’m a little girl at a party whose dad’s asking her to leave early, and I’m throwing a fit,” Kara is seen saying to the camera in a documentary being made about her. “I’m not afraid of dying. I just don’t want to go.”

It’s an unusual peephole into a most private journey, but somehow (and now I must write in the past tense), Kara avoided sounding like a victim or a martyr. In her realism about death there wasn’t a hint of masochism. She was instead honest about the stripping away of dreams and identity, witnessing to the power of a deeper hope in the purgatory before her last breath.

“I know I have cancer. I know I’m going to die of it. But I also know that I have today. And in this today, I get to live well.”

It’s hard not to feel a lump rise in your throat as you watch Kara’s daughter kiss her cheek in total tenderness, as you see chemotherapy take a woman from blond locks to shorn skull to bald, as you read Kara’s prayer for an unknown woman to marry her husband and mother their kids. There is a plot to follow – treatments, funny things her kids say, the actions of friends with whom the Tippetts lived this dying. But the action pales before the soul being winnowed. The joy amidst tears. A flagrance of love shared before mortal rupture. The freedom on Kara’s countenance as all masks are stripped away.

Suffering is a teacher – we know this somehow. It can’t be glorified nor wished for, dismissed or explained. We can’t even really prepare for it – the particularities of our lives and what hurts are their own precious truth, not to be converted away so that future pain is minimized.

But as Kara so breathtakingly demonstrated, when suffering comes, it can be honored, its bearers witness to a world that has lost a vocabulary of genuine brokenness, and of what it is simply to be, not do. She described how her stripped dignity brought people mysteriously close to her. How her innermost desires and fears suddenly became so clear. In two and a half years of a public telling, she let rawness and grace co-exist, opening a door to another way to walk through the dark, even a dark that leads to death.

“Souls are like athletes that need opponents worthy of them,” Thomas Merton once said, “if they are to be tried and extended and pushed to the full use of their powers.”

Our culture is convinced that suffering is an abnormality, something to pity and avoid. But there’s a tradition this week that will tell a different story, some may argue a more realistic one. It’s a cruciform story, its believers tracing the steps of one who descended to death over two thousand years ago. For those who grieve and are afflicted, the days offer an invitation to walk through valleys in the company of others, bringing testimonies like Kara’s, bringing unresolved pain and certainties torn asunder. All toward the hope that death is not the last word.

Kara Tippetts died, but her soul did not go down in defeat. She faced the sternest test, and rose to tell a more beautiful story. For all those who weep, her dying is a reminder that there is love to be uncovered through the shadows of our lives, a diamond that only the rough can hew.

This column first appeared on April 7, 2015, in the Orange County Register.