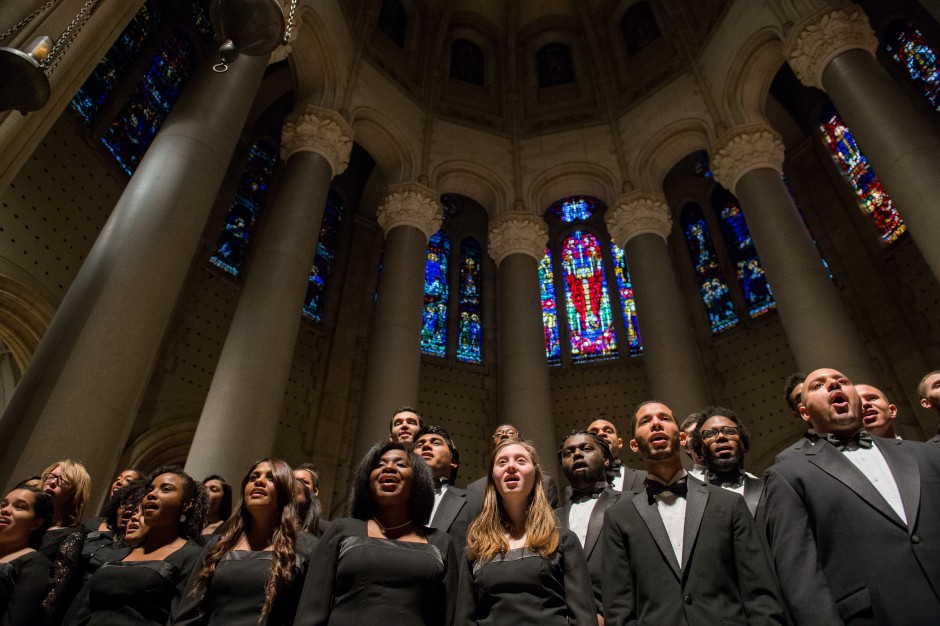 Nyack College in New York City is pioneering a degree in gospel music performance, the first of its kind.

NEW YORK — Elizabeth Swanson isn’t happy. Her students are singing a choir favorite, and their pitch is perfect, the harmonies in sync. But they aren’t feeling it. Worse, they aren’t believing it.

“Okay, okay, let’s hit the pause button,” the director of the Nyack College Chorale says while waving her conductor’s hand in the practice room in Lower Manhattan’s Battery Park. Nyack’s Chorale is the soul of a music program known for its wide range of repertoire and its heartfelt rendering of classical sacred music. The choir is rehearsing a gospel song of thanksgiving called “Come Before His Presence,” and Swanson wants more from the singers’ depths.

“So we’re stepping,” she says to the chorale members, referring to the way in which the singers move in choreographed unison, “but it’s very academic. I want you to dig deep with every step. I mean really.” She pivots from music teacher to pastor.

She reminds them of what they believe about Jesus and how he died for their sins. “We can’t just be going through the motions in rehearsal. We have to practice really living it. Faith without works is …”

“Dead,” the chorale answers at once, the chorus of “mm’hmms” and “Amens” swelling as Swanson preaches.

Gospel music lies at the root of most forms of American popular music. Originally conceived by American slaves as a synthesis of African tribal rhythms and the Christianity of their captors, gospel music has long stirred souls — and social movements — around the world. Odes to freedom like “We Shall Overcome” and “We Shall Not Be Moved” have been adapted and sung from Selma to Tiananmen Square.

However, gospel music tends to hit a firewall in the institutions that prepare musicians for public careers. It’s the one genre that lacks an academic journal, and no university has offered it as a stand-alone professional degree, according to experts in gospel music. Until now.

This fall, Nyack College, a university affiliated with the Christian and Missionary Alliance and among the most ethnically diverse Christian colleges in the country, will launch what scholars and Nyack officials believe is the country’s first bachelor’s degree in gospel music.

“I think for a long time gospel music has been viewed as a hobby,” says Willana Mack, who sang in the 2008 Oscar-winning movie “August Rush,” and is now preparing to launch Nyack’s pioneer program. 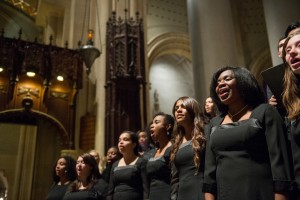 “Gospel music has not really been looked at as something you can study, a skill that you can learn,” Mack says, even though gospel music is pervasive, performed by popular acts such as Kirk Franklin and referenced in song after song from Aretha Franklin to D’Angelo. “But it’s an overall cultural problem that we don’t start requiring that our gospel artists be more versed in music — in the music language, in the music culture, in reading music, in understanding music theory.”

Mack is referring to attitudes within black churches, which in her view tend to view gospel as a powerful spiritual vehicle that should not be hollowed out by technical perfectionism, as well as to what she sees as a more mainstream reticence to recognize the theology fueling its power.

The genre demands a tension between knowing music and embodying music, between technique and authenticity. How does a musician train for both?

“[Music] students are trained to sing in the European style,” says Linda Walker, a professor at Ohio’s Kent State University who has studied curricular treatments of music across genres. “Attitudes, beliefs, and institutional histories [in higher education] are bent toward European standards. Gospel singing is reserved for church and not considered proper or sophisticated.”

Nyack’s new major is an attempt to change these biases. The school’s Manhattan campus of about 1,000 undergrad and graduate students is dominated by black, Latino and Korean students from New York City’s outer boroughs, many of whom live in low-income housing projects.

The students sing with emotion rooted in their own stories, which aren’t your typical college fare. Many know poverty and violence, single parenthood and siblings in prison. Nyack’s students are trained to embrace the more painful memories of their lives, and to bring these memories into the music as an offering to God and to the listeners. Each concert is a form of communal prayer, less a test in flawless execution.

“There’s something genuine about gospel music,” says Mack, the program director. “It brings us all back home. …This [gospel music degree] cannot be just an academic program. You have to enter into it with a sense of calling.”

There is a legacy to the calling that Mack describes. Gospel music often documents some of history’s biggest moments.

“When you talk to participants in the civil rights marches,” says Robert Darden, a professor at Baylor University and founder of a preservation effort called the Black Gospel Music Restoration Project, “what they want to talk about is the music.” When the Rev. Martin Luther King Jr. gave an hour-long speech in Selma in February 1965, two hours of singing followed. “The music was actually where transformation happened.”

Gospel music provides a lens on history distinct from archival work focused solely on the big speeches and legislative changes. Darden created the Restoration Project to acquire, identify, record and catalogue the most at-risk music from the “Golden Age of Gospel,” roughly 1945 to 1975. The goal is to have a copy of every song released by every black gospel artist or group, and to make that collection public.

“It doesn’t surprise me that where there is a person in crisis, when you look at the feuds around so many black men these last few years, that the old songs are known by the young kids,”  Darden says. “They’re sung and they emerge spontaneously.”

What he wasn’t expecting was to see people at the Berlin Wall or in the Arab Spring uprisings singing gospel music.

“This music survives because it works. It is a transformative agent because it’s honed and burnished through a couple hundred years of blood and loss and belief,” he said.“You don’t sing another song in another language in a faith tradition you don’t share unless you think there’s some power in it.”

The students at Nyack certainly believe this music has power. Watch them perform in storefront churches and awesome cathedrals, and audience members appear drawn in as if they, too, are participating in the testimony and proclamation, tissues dabbing eyes as soon as the second piece. 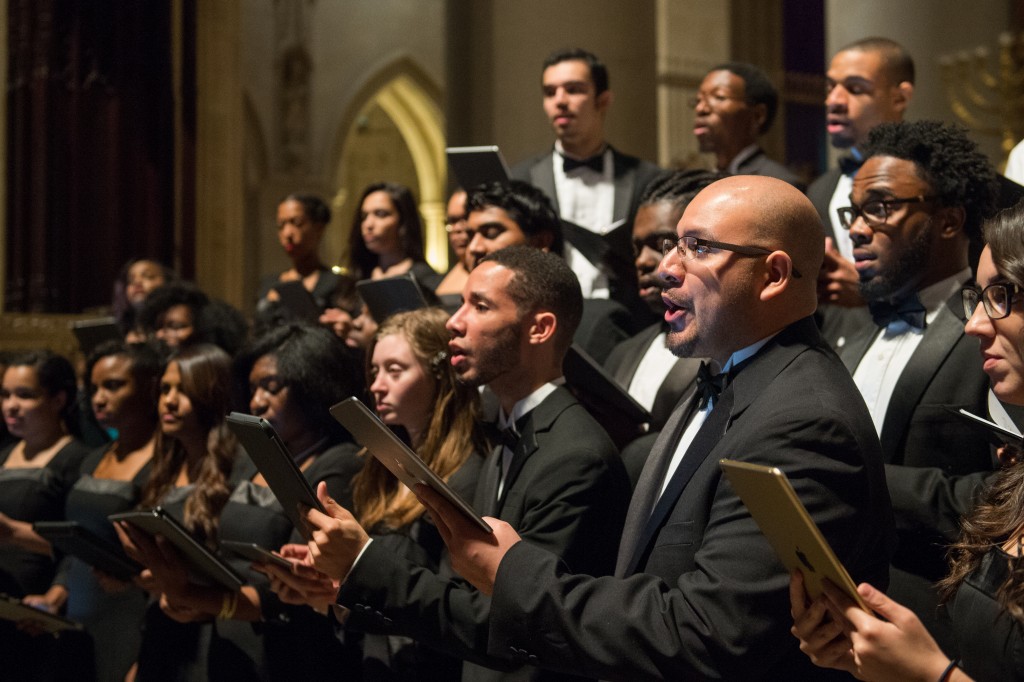 When historians explain why gospel music holds an unrivaled place in the history of American culture, they describe the genre’s honest dealings with the spectrum of human suffering. Singers don’t need perfect pitch so much as they need to be willing to surrender their whole selves.

Training for this more spiritual capacity will likely involve a different and uncharted kind of curriculum. At Nyack, the raw ingredients are already there.

This piece was originally published on March 3, 2016 in The Washington Post.