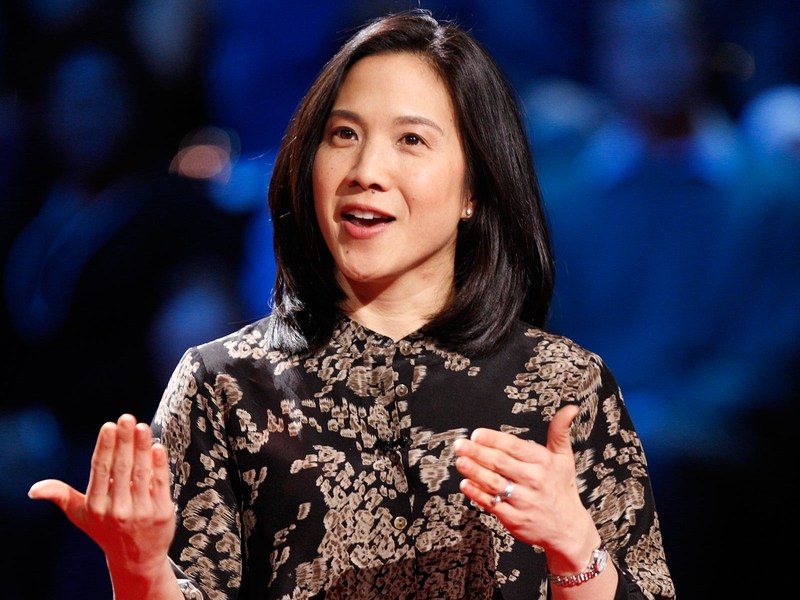 Grit is arguably the quintessential American virtue, that most widely shared ethic of a country founded on the invitation to “life, liberty, and the pursuit of happiness.” Immigrants are famous for it. The logic of a meritocracy depends on it.

But when it comes to the way we Americans speak and assess others, we’re strangely wont to commend talent and native smarts over and above the doggedness of hard work. When we see someone achieve a certain level of greatness – whether in sports, academics, the arts or business – we’re more likely to assume a unique gifting than we are to celebrate the blood, sweat and tears that paved the way.

Psychologist Angela Lee Duckworth is out to change this prejudice, showing through years of careful research that hard work and perseverance are the real players behind sustained success. Her long-awaited book, Grit: The Power of Passion and Perseverance, fleshes out in 277 pages the character trait that’s captivated the imaginations of educators, companies and sports teams since she first introduced the concept in an April 2013 TED talk.

“What we eventually accomplish may depend more on our passion and perseverance than on our innate talent,” Duckworth declares, taking readers through under-resourced classrooms and West Point drills to the coached culture of the Seattle Seahawks and the academic experience of UPenn undergraduates. Not only does grit consistently emerge as the strongest predictor of individual success no matter the field, but Duckworth is also convinced that grit is something we can all cultivate, as much “from the inside out” as “from the outside in.”

It’s a motivational pair of theses, one that has struck a chord with an achievement culture hungry to understand success and those more universal ingredients that might lift all boats. No longer are we bound to the fates assigned to us by I.Q. or whatever aptitudes the gene pool bestows, but rather we can be active agents toward our preferred future – capable of shaping goals and reaching them so long as we put in the work and endure when the going gets tough.

What’s powerful about Duckworth’s argument is not so much the importance of grit, which seems commonsensical to anyone who has fulfilled a personal ambition, but rather how grit’s single-minded and utterly committed nature calls out to the peculiarly modern ache so many of us feel in this age of distraction and infinite choice. Duckworth is identifying a way of pursuing life that is attractive and ennobling precisely because very little in the adult world today – aside from the external rewards promised to those who “win” – encourages single-minded devotion.

And this is where things get interesting.

Attend any exclusive tech or start-up conference along the lines of a SXSW Festival these days, and you’ll find that the overflowing plenaries typically involve those experts dispensing advice on habit formation, personal organization, how to maintain inner calm amidst constant connectivity. There seems to be an widespread hunger to maintain mastery over our increasingly noisy, overwhelmed plates, a growing haunch that we are happiest when we are utterly lost in one tunnel of a commitment – be it a professional commitment, relational, familial or civic. And this suspicion is as much in protection of cognitive sanity as it is a spiritual signal, though most of us are reticent to admit it.

“No matter the domain,” Duckworth writes, “the highly successful had a kind of ferocious determination that played out in two ways. First, these exemplars were unusually resilient and hardworking. Second, they knew in a very, very deep way what it was they wanted. They not only had determination, they had direction.”

Grit, in other words, is a long obedience in the same direction. It promises to discipline our fragmented reactivity and hone a long-term vision so that we’re less susceptible to the tyranny of the urgent – especially when structures around us are loose if non-existent. “In interviews about what it takes to succeed,” Duckworth writes, “high achievers often talk about commitment of a different kind. Rather than intensity, what comes up again and again in their remarks is the idea of consistency over time.”

The question thus becomes, who out there is helping to provide the why’s that compel grit’s deepening and sustainability over the long haul? When educators, parents and even philanthropists talk about wanting to foster passion and perseverance in kids these days, it often sounds like they’re satisfied finding and creating a bunch of Grit Academies. Cultivating grittiness for its own sake makes sense when one is in the highly structured school environment, where the obvious goals are good grades and teacher approval, but what happens when graduates enter the fluid, under-institutionalized and unstructured realities of 21st century America? What happens if no attention has been paid to cultivating and understanding those deeper ideals that might direct one’s purpose and inspire self-giving love in a cultural and technological environment that provides plenty of opportunity for detour en route?

It seems that this is where Duckworth herself is presently idling. While grit has been embraced as a behavioral trait synonymous with “character,” there is a way in which the single-minded commitment Duckworth admires falls short of anything beyond what the self can achieve. And when you attend popular conferences like SXSW these days, there’s a similar restiveness plaguing those long lines of attendees that come craving fresh order and control. Streamlining one’s life without a love or articulate end is just not going to get you very far. We are wired to make enduring commitments that are reciprocal and deep. Grit will only survive insofar as it’s serving in the context of relationship and a cause greater than self.

For the philanthropist interested in cultivating grittiness in citizens across the social spectrum, it might be worthwhile to focus less on grit as a means to success alone, less on the glamor of superstars and a paradigm of gritty winners and lazy losers. Instead, I’d urge foundations to channel their energies toward finding those organizations that are self-consciously bombarding their members with ideals worth loving, that have a self-confident creed intimately tied to human needs beyond its own walls. This could be a sports team with a motto, a college committed to honoring its original charter, an expeditionary adventure sensitive to beauty and lifting up the weakest members. And then the question I’d put to those foundations is this: How might philanthropy help undergird a less distracting society? How might it nurture the institutional landscape such that we’re all less afraid of committing our lives to an ultimate end?