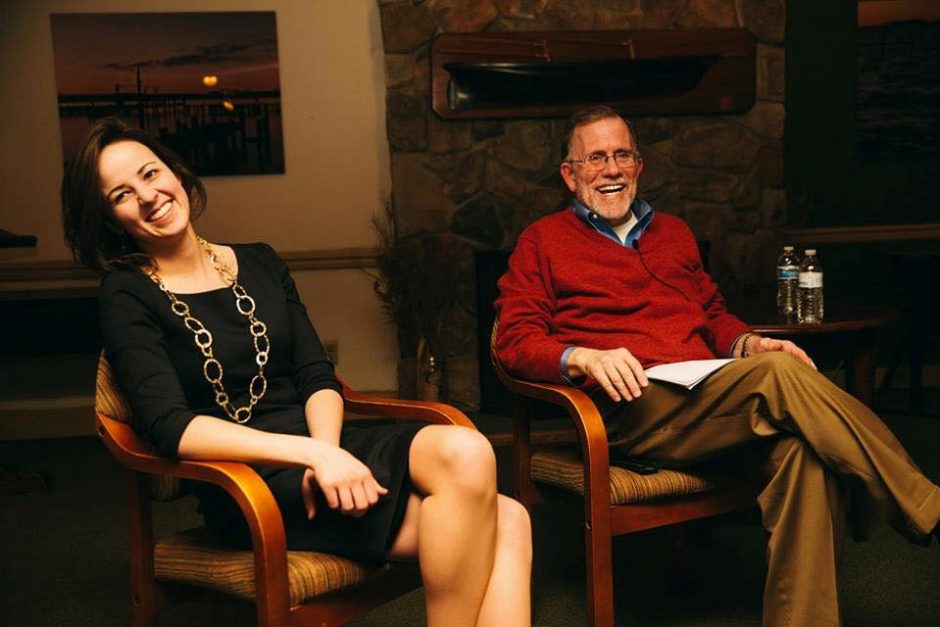 Michael Cromartie created something—a web of people with a distinctive light infusing their work and relationships—that will persist long after his death.

It was a stroke of good luck and providential mischief that my life crossed paths with Michael Cromartie, man of a thousand ripples. His death last week leaves an aching hole at the center of a warm archipelago of journalists, scholars, devout souls and honest skeptics, a web he threaded that continues to nurture the best in public life and models something even better in private.

I met Mike ten years ago as a Washington newbie, fresh out of college and bewildered by a world of partisanship and blinkered categories. Mike had plucked my resume from an unsuspecting pile and, trusting the good word of a former professor, offered me a job as a research assistant at the Ethics and Public Policy Center, where he was Vice President. It was a big break for someone high on concepts and low on skills, and I accepted with eagerness.

It quickly became apparent that Washington was a tough nut to crack, with a soul tossed and turned by the political cycle and a highly visible pecking order squeezing people’s motivation to be authentic. The city’s top-down, systemic, survey-driven mindset didn’t easily accommodate a personalist approach to policy, and its reliance on crude ideological labels had trouble understanding the both/and instincts a liberal arts education had instilled. Most discouragingly, Washington did not know how to assign value to those who, like me, had low status and no grist for others’ professional mills.

Michael Cromartie entered this disorientating fog as a candle of counterculture, offering himself as interpreter, guide and friend.

From Day One, he would bound into my office with twinkling eyes and the latest gossip, his warmth and easy humor cutting through the stiff loneliness of a think tank dominated by conservative male intellectuals. Mike would interrupt some overthinking of an email exchange, or, more frequently, some fierce eyebrow furrow over my future vocational life and the latest romantic misfire, and blissfully bring me back to the fullness of college repartee. We’d talk hoops and family, Niebuhr and Kuyper, Tina Fey and Sarah Palin, Catholic arrogance and evangelical idiosyncrasy.

There was a distinct familiarity to Mike. He related in a casual, at-home sort of way, his intellectual range warmed by fluency on mainstream cultural touchpoints. Never did he carry a holier-than-thou air or un-relatable heavenly-mindedness. His earnest honesty seemed rather to mirror the inner see-saw of one’s own flaws and higher aspirations, and he was as worldly in his wrestles as he was holy in his hope. I was constantly apologizing to Mike about ways in which I’d gone a bit too far in critiquing one of our own, only to have him reciprocate, chastened, and then double down on the judgment. He embodied the word, “vital,” and was as fully human as he was propelled by grace.

Mike was a walking library of political hope. In my early years of working in conservative policy circles, most of them peppered by some religious spice, I often found myself confused by theo-political unions that seemed more cynical than fruitful. I’d come to Christian faith in the context of an aggressively secular New England prep school, followed by a Wheaton education that began from theology, not ideology, and notions of the religious right and religious left seemed cheap at best, damaging at worst. Mike would see my consternation before the awkwardness of melding the City of God with the City of Man, hand me a stack of books to read, and every day afterward check up on my progress. We discussed Mark Noll and Nathan Hatch’s The Search for Christian America, Peter Berger’s The Sacred Canopy, Michael Novak’s The Spirit of Democratic Capitalism, essays by Walter Russell Mead, Josef Joffe, Os Guinness, Francis Fukuyama, and Jacques Ellul. “You’re basically getting paid to get a graduate school education,” Mike would say. “Take advantage of it.”

His reading lists granted oxygen to a soul starved to understand her place as a Christian in political waters. But Mike also introduced me to the living map of Washington, his facility with the social and institutional architecture forever after guiding my own approach to understanding and interacting with a given city, to the craft of journalism and research, and to connecting people to ideas and to one another. Mike’s tastes were unusual in that they combined broad curiosity with confident judgment. He had a special radar for people of integrated excellence – mind and soul – and his speed dial included scholars of sociology, religion, physics and history, statisticians employed by Gallup and Pew, an array of college presidents and newspaper columnists from across the ideological spectrum.

Mike leveraged this impressive social and intellectual capital to create something that became the iconic culmination of who he was: the Faith Angle Forum. Founded in 1999, the Forum is a twice-annual, two-day breather for journalists to go deep with select scholars on the undercurrents of the day: terrorism and religious extremism, scientific empiricism and spiritual mystery, race and religion, technology, same-sex marriage, voting patterns among the faithful, social inequality. The goal is to grant a reprieve from the tyranny of the 24/7 news cycle and, in a coastal Florida setting, subvert stereotypes and fortify the reporting and commentary on religious believers, religious convictions, and the ways in which religiously grounded moral arguments affect American politics and public life.

Talk to any journalist who’s attended the Faith Angle Forum, and you’ll hear words like “irreplaceable,” “provoking,” “enlightening” and “a game-changer.” It’s served as the gateway for countless reporters from the likes of PBS, NPR, Time Magazine, Newsweek, The Atlantic, The New York Times, The Washington Post, The Economist, and RealClearPolitics to encounter the deeper currents underlying the news, peeling them apart in an intellectually rigorous, dialogue-driven circle.

With Mike as curator of the topics, experts, and journalists, the Faith Angle Forum became not just a bridge crossing the barriers between different worlds (the media and the academy, the political left and right, the secular and the sacred), but a family in its own right. Mike’s main roles were as moderator, interpreter, and bodyguard, but he had no problem also stepping in as grand uncle, friend, and—in his own wonderfully human, accessible way—lay pastor.

The few times I went to Faith Angle, I watched Mike defuse the mismatch in pace and fervor between the journalists’ rapid-fire questioning and an academic’s nuanced soliloquy. I watched him relax the atmosphere with a well-timed joke, a casual introduction, and always, the promise of evening cocktails and sunrise walks. He held court in a room that really wasn’t about him at all, and yet somehow, by a gift of love—loving journalists, loving watching people learn as he was always learning—Faith Angle succeeded because of him.

There’s a lot of praise for “growth mindsets” these days. Schools strive to help students cultivate intellectual agility, a deep openness to good ideas and even more powerful ways of approaching reality. Yet few can point to institutions that foster such mindsets in adults.

Mike created just such an institution, helping others to adopt growth mindsets, not only cognitively but also spiritually. Lifelong friendships have been born out of Faith Angle. Some former skeptics who attended Faith Angle even credit Mike’s personal example with setting them on the path to faith. Mike created a space that, through intelligent inquiry and honest debate, allowed participants themselves to admit and expose their own vulnerability: vulnerability before ultimate ends, before the possibility of God’s existence, before the crazy chance that one should not only cover religion intelligently as a reporter, but also delve seriously into its claims as a human being.

He will be so deeply missed. In an age of suspicion and distorted politics, Mike’s death comes with an extra sting. It’s tempting to ask, “Why now?” Few live on who can convene the same cross-section of craft, creed, and class. Few are willing to take a risk on personalism at the highest levels of public influence and private ambition, while also helping countless young people with sensitivity and zeal. Most palpably, in a national moment of identity politics reigning as the moral weapon of choice, Mike’s death leaves a vacuum of gentle light kindled with the indispensable ingredients of friendship and facts. He put principle before partisanship, humility before caricature. Too many people on both right and left today seem to think that if you don’t defend “our platform” or “our team” or “our guy” with the most over-the-top rhetoric, you are being a squish, or worse. Mike contradicted all that, and created a formative vehicle to battle these temptations at a strategic juncture.

This is our consolation. Mike was a gateway, a bridge, a translator and community builder, and he created a web of people with a very real luminosity inspiring their work and relationships, one that will endure. All those he touched—journalists and scholars, college students and professors, think-tank wonks and basketball whizzes—now live a little more broadly, a little more generously, and a whole lot more lightly and deeply, connected yet facing outward.