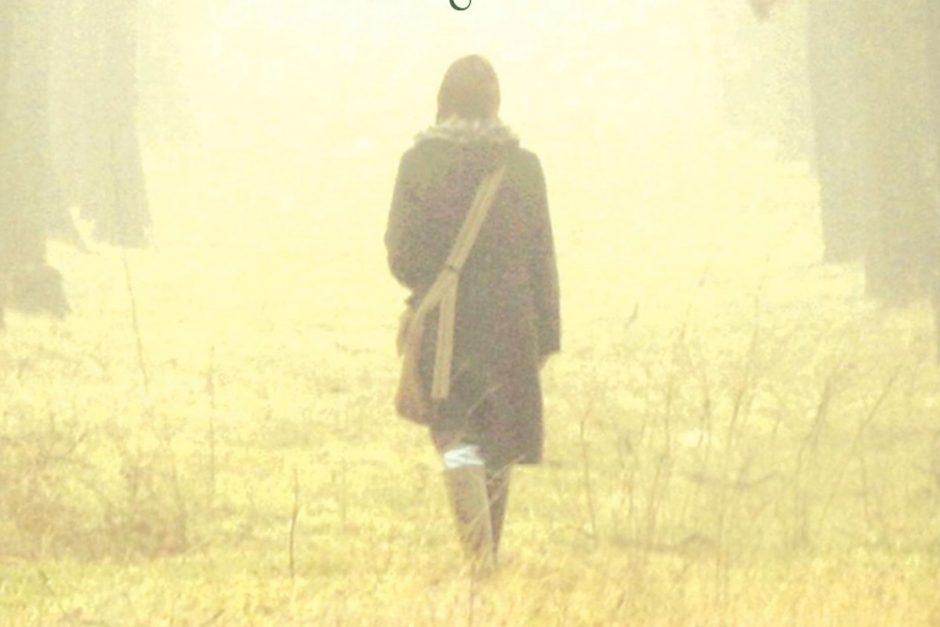 “My Sisters the Saints” reverberates outward with its tale of one woman’s Christian pilgrimage, fueled and steered by six heroines of the faith.

It is perhaps a delicate thing, reviewing a Catholic spiritual memoir from Protestant shades, and one about saints, no less. But this book, Colleen Carroll Campbell’s “My Sisters the Saints: A Spiritual Memoir, felt very close, like a life I recognized almost as my own, a life of lives I was absorbing, riveted, and yet somehow already knew. As a good sermon yields fruit beyond the words and a friend challenges you toward higher aspirations, “My Sisters the Saints” reverberates outward with its tale of one woman’s Christian pilgrimage, fueled and steered by six heroines of the faith.

We meet Teresa of Avila, Therese of Lisieux, Faustina of Poland, Edith Stein of Germany, Mother Teresa of Calcutta, and Mary of Nazareth, their lives and writings relayed through the gratitude of Colleen Carroll Campbell as she revisits the fifteen years between college and the present, years spent trying to “understand the meaning of my feminine identity in light of my Christian faith and a culture shaped by modern feminism.” It is a book at once personal and transcendent as Campbell takes the reader through the particular places and experiences in her own life that heightened the need for this question to be answered, through the help of a historical “community” wiser than herself.

For a community it is, though its members died long ago, and the exchanges common to temporal understandings of communal life seem one-way. Campbell herself confesses the absurdity: “You might think it odd that I speak of intimate friendships with women I have never met, women who have been dead for decades, centuries, even millennia. Once upon a time, I would have agreed. But that was before my journey began, before the joys, sorrows, and reversals chronicled in these pages convinced me of the living and powerful reality that is the communion of saints.”

And so she embarks, describing her own bridge to Christian commitment first laid upon that perennial question: Is this all there is? In college and swept along the whirl of parties, image, achievement, and the allures of individual freedom, Campbell finds herself increasingly dissatisfied, wondering how to sustain an integrity beyond the fleeting pleasures of modernity’s gods. She knows the sacred rituals from a Catholic upbringing, but finds there only disciplines which, while they lend a semblance of control in the quest for security and a clean conscience, carry little in the way of real grace, real power. All forms seem hollow, and she is alone.

A church pew compels her after several years of wandering, and she pleads with God to reveal Himself. It’s an invitation voiced on her knees, and heaven’s hinges find the permission they need. Gently, they loosen, and Campbell opens the door she’s been seeking. Christ lies behind the door, gloriously, and so does the kingdom of saints celebrating Him, even as their own pilgrimages recall feet still able to meet Campbell as she seeks guidance for the Way. In the saints’ testimonies Campbell finds a humanness she can relate to with a holiness that tugs, and so the race marked out for her, the real Race, begins.

Every subsequent life experience that Campbell describes—her first professional steps, falling in love, moving to the White House to write speeches for then-President George W. Bush, adjusting to the reality of a father’s Alzheimer’s disease, marriage, crushing disappointment over childlessness—each chapter is refracted through a prism lit up by the colors of those very human women who lived this life, too, and worshipped God.

Campbell reads Teresa of Avila and discovers a kindred spirit whose passion for this life and keen sense of God’s calling on her own collided to yield a “spicy, messy, and meandering spiritual journey,” one whose detours find resonance with Campbell’s own combustion of rebellion and repose. In “the Little Flower,” Therese of Lisieux, Campbell meets a paragon of humility, one whose childlike faith helps transform her sorrow over Alzheimer’s to gratitude for the lessons hidden in her father’s newly “foolish” state. Faustina’s mystical experiences and profound trust in God help shape Campbell’s ambitions as she wavers between continuing a prestigious career in the halls of power and the marriage for which her heart yearns. Edith Stein crystallizes the essence of true femininity in a helpful reconciliation between feminist cries and Christian plumbing, and in perhaps the most profound of Campbell’s disclosures, we see Stein’s beautiful articulation of spiritual maternity and its ability to be fulfilled in every woman, married or single, with children or without. In Campbell’s more desolate seasons she is bolstered by the letters of Mother Teresa, whose own spiritual darkness in the midst of great light remains one of the mysteries of faith. And in Mary of Nazareth a contemplative is found, one who ponders quietly the joyful and tragic, offering it up to the Father who sees, too.

Campbell weaves seamlessly between these six women and her own autobiography. The prose is whimsical and clear, with plenty a gold nugget for wisdom’s well. “As his intellectual acuity faded,” she says about her failing father, “his insight into the spiritual crux of matters grew more penetrating than ever.” She describes Washington, DC, “a city known for goading its residents into trading personal happiness for professional success” (very true, perhaps especially for women). The art of surrender before a loving God: “The crucial question when it comes to faith is not ‘Do I trust God?’ but ‘Is God trustworthy?’ And the only way to answer it is by leaning into his merciful arms and letting go.” She is graceful in describing the gift of spiritual disciplines as they help us encounter the patience and power of the God who restores.

In a world that so often seems to flail for some final solution to the problems that ail us, My Sisters the Saints comes as a refreshment. It provides help in the guise of persons who came before, who were on particular journeys in particular contexts, and who nonetheless experienced the blessing of the destination en route to it, to Him. Whether you are Catholic, Orthodox, or Protestant, Campbell’s reflections encourage a wider appreciation for that reality we all recite in the Nicene Creed—“the communion of saints”—that crowd of witnesses present and past. With her page-turning sequence of personal narration Campbell has crafted a soulful character manual, fruitful for those seeking a considered life on roads present and uncharted.

Relationships, whether horizontal or vertical, so often provide the means to understand our pasts, our goals, our character and our purposes in a larger context. These saints play this role for Campbell, and in so sharing their impact she plays a similar one for her readers. Any who come to this text will find an invitation to join the wonderful weaving we call Kingdom Come.

This article was originally published at Altcatholicah. Reprinted with permission.