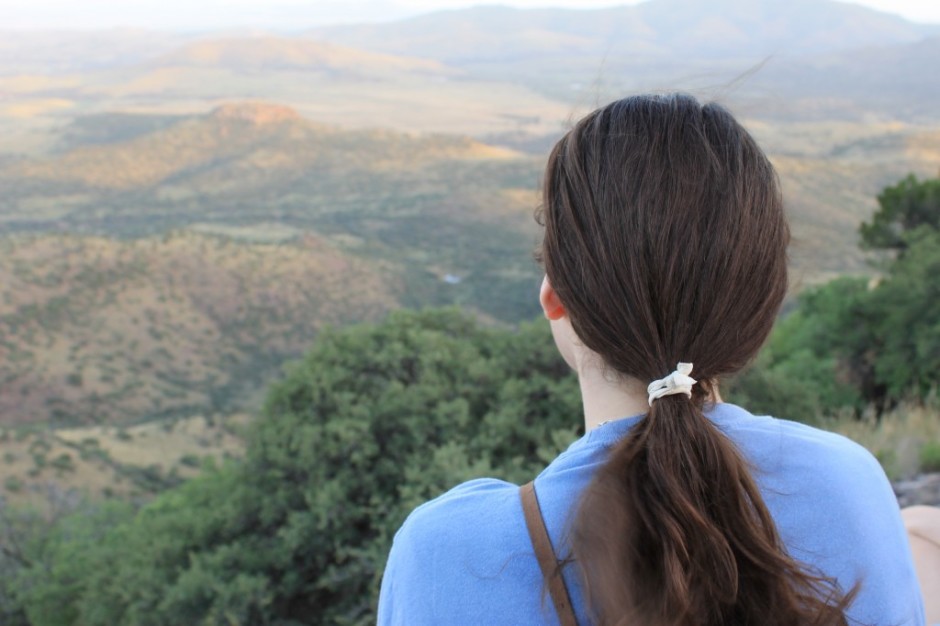 It’s not every day you meet someone that has a facility with hard data who also cares deeply about human beings. But in the Texan desert, Rachel Lynne Wilkerson is breaking the mold of humanitarian action, engaging the growing problem of rural hunger in a state riven by massive wealth and massive poverty, the communities of concern scattered about and often tough to reach.

An analyst and data coder for the Texas Hunger Initiative headquartered in Waco, Rachel walks with a shy doggedness, her brown braid harkening back to Laura Ingalls Wilder. But modernity is no foe. 25 years old and smart as a whip, she’s a regular at the local Korean burger joint, addicted to coco-lime snow cones and bluegrass tunes, her aesthetic sensibility evoking Laura Ashley with an ironic wink. Rachel’s shelves are stocked with Flannery O’Connor, Dostoevsky and Walker Percy, but there are nods to the numbers, books like “Chaos Bound” and “Social Physics” punctuating the spiritual arc.

“I love finding patterns,” she says as we sit under a weathered roof of a Baptist encampment nestled low in the Davis mountains. “Math has simply been my way of articulating them. Whether studying a globular cluster of stars or watching the motion of children playing on the swings at Mission Waco, mathematics has provided a language for me, one that’s really versatile in explaining oddities, in groping for order amidst chaos.”

A native of Lubbock, Texas, Rachel was everyman in school, tackling AP classes, the math club and playing in the marching band. She’d spend her summers in far west Texas, racing lizards and naming the constellations at night. A late-teens stint behind the controls of the Hobby Eberly Telescope at McDonald Observatory sparked an interest in the practical applications of physics and a field called “dynamical systems,” and she enrolled in their study at Baylor University. As she progressed in her technical training, Rachel also experienced a spiritual awakening as her scholarship and her Christian faith collided with the hard reality of life on the Texan prairie.

“One day I was biking to lab over this bridge in Waco,” she says, “and I saw the town divided.” One side held the resources of the University, the theories and the equations, and the other held human poverty, violence and the forgotten.

“I had been volunteering every afternoon with this former crack house-turned-soup-kitchen, and after pedaling back one day from serving pies and sweet tea to some of the poorest residents in Waco, it occurred to me that maybe math and all it was teaching me about complex systems could help alleviate—or at least help me understand—some of the violent chaos on the streets.”

She never looked back.

“Growing up in Lubbock I was vaguely aware of the other side of the tracks,” Rachel says. “We had the same haves and have-nots we have in Waco. I still keep in touch with the girls from youth group who wound up in jail or had babies alone. But I never thought about these issues in the context of larger systems.”

The hunger to understand networks and how they shape individual lives accelerated her progress through the mathematics curriculum at Baylor, and she was able to go abroad to Budapest to study graph theory, learn Hungarian, and teach English and math to a group of gypsy teenagers while living in the red light district. Rachel attended a local church pastored by Koreans, and discovered an unexpected love.

“I was at this church that was trying to help the gypsy teens in its midst, using standard metrics to ‘solve’ their life problems with education and English-training, and none of it was working. Instead, the most life-giving moments arose beyond any well-intended prescriptions, coming rather in the form of Roma dances bursting spontaneously out of Hungarian song, drawing all of us ‘capable’ ones into the gypsies’ very circle. And in that moment I saw real joy, real participation. It was the church at its best.”

Another moment in college was similarly formational, when she was mentoring some of the kids in Waco’s roughest neighborhoods.

“The kids would come and say, ‘yeah, my cousin got shot.’ It was just normal. They had no food at home. They would cry in my car and grab the door handles and not get out.”

At that time Rachel was reading Dostoevsky’s “Crime and Punishment,” and she was struck by how children elucidated elements of Dostoevsky’s faith.

“I remember some quote from a review of Crime and Punishment, about that moment when someone realizes she can’t save her little sister from prostitution, and yet she still has faith. It’s that moment when her faith is born in a different way. And that’s how I felt. I would go and work on this paper about children and Dostoevsky, and then I would sit with the impossibility of these kids. It wasn’t that Christianity suddenly made sense. It didn’t. But I just sat there holding both realities, and this faith living in the midst of these oppositions at least provided a framework.”

Since Budapest and graduating from Baylor, Rachel has worked in an Amsterdam cancer hospital, earned a Master’s in Complexity Science at the University of Warwick in England, launched an office for the Texas Hunger Initiative in her hometown of Lubbock and now works back in its main Waco artery. The basic premise is that Texas has enough food to feed everybody; the state just needs to get it to those who need it. So Rachel’s role—and that of her colleagues—is to collect all the available information about rural hunger and translate it into a consumable format for decision makers at the federal, state and local levels. Her work involves lots of data compilation, statistical modeling, and attempts to corral folks from all angles of the hunger issue to sit down and talk to one another. The task is overwhelming at times, but Rachel lights up when describing it.

“We have a fantastic research team. Right now I’m working on this app that will allow the managers of summer food sites to record their data on participation and expenses so they’re better able to target their outreach, to send more volunteers if need be, wire the block, switch away from hot dogs if they’re too expensive in that area, etc. I’m also trying to pilot some fun algorithms on reducing food waste, where we can start predicting fluctuations in participation. It’s like doing business analytics for a non-profit! It’s very cool stuff.”

Her latest challenge? Teaching a graduate class on data science in Baylor’s Economics department. She’s younger than all her students and has had to create a curriculum from scratch, learning how to “speak economist” and tamp down her mathematical assumptions.

“Economists are funny in that they’re like a sponge. They take a lot of things from different disciplines, which I relate to. But math training makes you think very differently, especially in the area of causality.”

Through trial and error the class has essentially become a learning lab for how to ask intelligent questions of data, for defining its boundaries and learning one’s own limits in applying statistical models to it. She also hopes her students have learned to keep the human element in empirical analysis.

“We have all this data now,” she says, “and nobody has any clue what to do with it. One thing I hope we do at Baylor is be the people who ‘do data’ with the most thought and care for the human.”

Such a conviction pervades Rachel’s life. There is an air of loneliness about her; one suspects that few can share her blend of empiricism and human mystery, strands bound together by faith in the Unseen, and by grace. One thing is clear: Rachel will never stop making connections.

“I may pursue a PhD in statistics next. Or theology,” she says. “But I’ll always be out there trying to find some way to make gingerbread houses with hungry kids. I just have to. It’s the only way to understand the whole.”

Love is a Neural Highway