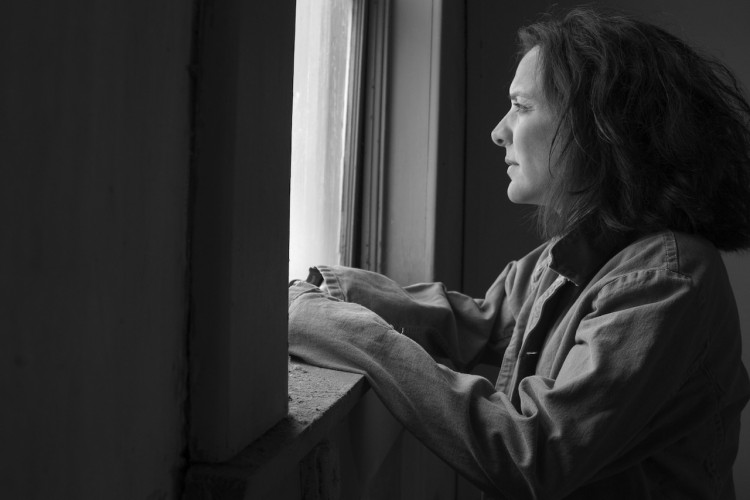 A mother in a Texan trailer park walks the line between victimized thinking and proactive volition.

For all the debate and sensitivity around what makes for a “normal” family today, some things are so intrinsic they remain untouchable. At some basic level families embody a set of commitments for spouse, parent and child, provide stability when functioning well and inculcate a sense of responsibility between members and generations.  Through setback and success, these three are ingredient to the building of any contented life, and the family has typically been the school for their tutelage.

As I’ve become acquainted with a wide variety of people and neighborhoods since moving this year to the international sprawl known as Houston, my curiosity has been stoked by unmistakable consistencies in family strength and cohesion that exist across cultural and socioeconomic delineations. Demographers paint a picture based on trends within sociological blocs: Hispanic teenagers get pregnant more than other girls. Over 50 percent of black kids grow up without fathers at home. The well-off are getting married and staying together and the poor are not.

These are statistics grounded in reality and they suggest patterns of behavior shaped by a complex stew of dynamics yoked to particular contexts. But what’s been interesting as I’ve sat on filthy porches and in lofts above three-car garages, asked questions in Spanish and struggled to apprehend rodeo twang, is that hopes and resiliencies don’t always obey demographers’ categorizations. Patterns can predict, but when all is said and done, families are their own intricate organisms—they succeed and fail in poor circumstances and advantageous ones, cross-cultural and native-born. Wholeness is not the province of the privileged, nor fragmentation the pathology of the poor.

This came into sharp relief while getting to know Veronica Valdez, a 32-year old Mexican American woman who lives with her family of seven in a single-wide mobile home in Houston’s Northside. Her story fits some of the usual data points. Her spirit does not.

Veronica got pregnant at age 14 and dropped out of high school. A couple years later she made up for classes at night when a kind principal heard her plea for a second chance and paid for her infant’s care. While tackling freshman coursework as an older teen, Veronica met another man and married him. The 18-year-old daughter from her previous relationship lives with Veronica’s parents, but Veronica and her husband have five kids together under the age of 12 and are raising them (for now) in this trailer park.

“I moved in here November 4, 2005,” she says as I sit and she stands on her porch crowded by plastic tubs, buckets, and bottles. Roosters cluck behind us while her youngest raps from inside the lone window, bare stomach distended over a curled diaper.

“Before that my life was a lot of up and down,” Veronica says. “I didn’t have a stable place to stay.”

Rocky living situations defined her teenage years and early twenties, dishonest or dying landlords forcing transience at every turn. The trailer home lies far beneath the ideal—the size is suffocating and Veronica’s health has suffered in the darkened squalor. But it is the place where Veronica’s family has slept for nine years, and Veronica expresses an earned sense of establishment.

“I told my husband when we put in the down payment, ‘You know what? It’s okay if I don’t always have something to eat. I already know this house is going to be mine. I’m just tired of moving out so much.’”

The Valdez experience has been one of reacting and adjusting, having few resources beyond extended family to safeguard against losses. From evictions to sudden unemployment, sibling dependencies and illness striking without warning, the yearning for control is palpable.

Freedom is a celebrated concept in this country, but increasingly I wonder whether that properly frames the ultimate good of flourishing citizens. When speaking to Veronica, it seemed that true poverty was defined by a squashed agency—the inability to rise above the pressures of external forces and navigate them according to one’s hopes for the future. At one point our conversation was interrupted by a van delivering a brown-bag lunch for her two-year old, a service provided for those kids not yet in school and eligible for free and reduced lunch. Veronica’s eyes teared up when I asked how helpful this daily provision was.

“Very,” she said. “My husband has been unemployed for months at a time, and there’s just no money to get food for the kids. It can be too embarrassing to ask family members for help. The feeling of being hungry is . . .” she trailed off in pain.

There’s a lot of material lack here, and disease and distant relations with neighbors lacking a family connection. But Veronica doesn’t dwell on these things. She and her husband have recently begun attending a Pentecostal church, and she credits the return to a revival of hope in their marriage and parenting as they recover confidence that God cares. She describes the needs of other family members, how a sister sick in pregnancy yet reticent to expose her helplessness has taught Veronica that honesty should come before saving face. And her face floods with grateful wonder when recalling her upbringing, an upbringing poor in possessions but rich in love, led by a father whose selflessness and charisma engendered respect in all who knew him.

Hearing bits and pieces of Veronica’s story and subsequently meeting her husband and kids, I saw two streams flowing simultaneously. On the one hand there was great lack—educational disadvantage, hunger and relative powerlessness to “get ahead” amidst the immediate demands of finding temporary paycheck-fillers and feeding five kids. There was also undeniable hope and a permeating spirit of gratitude.

Veronica comes off as a woman who knows her own mind even as she’s sensitive to worlds that would marginalize someone of her background. She is committed to her husband, children, siblings, and parents; her kids appear happy and interact fluidly with strangers; her marriage has been imperfect but faithful. She is not giving up on the chance to achieve greater security, and the spark in Veronica’s eyes to push through poor living conditions, illness, hunger, and social indignity defies the many years burdened by these afflictions.

Observing these co-existing realities, I wondered whether demographers and policy makers might not invest more resources into understanding those reservoirs of hope and grit that can bubble up across class and ethnic lines. How might one parent’s example lend or detract from lifelong self-confidence? How does a memory of healthy love as a child empower one’s sense of the future? What exactly cultivates resilience over a lifetime, and how might this be paid forward in families for flourishing over generations?

There’s a subtle line between where victimized thinking and pressured decision-making ends and an experience of interior freedom and active volition begins. This is not an issue limited to the poor, obviously, although they may feel the distinction more acutely. Life for all of us is a mixture of uncontrollable forces and conscious choice. Somehow, the country needs to be more curious about this fact when discussing the inequalities that plague us, examining where and how this line plays out in the lives of individuals, families and institutions across the demographic spectrum. Only then might we really progress in narrowing our social divides, and grow in understanding the conditions that do and don’t foster resilience in their midst.