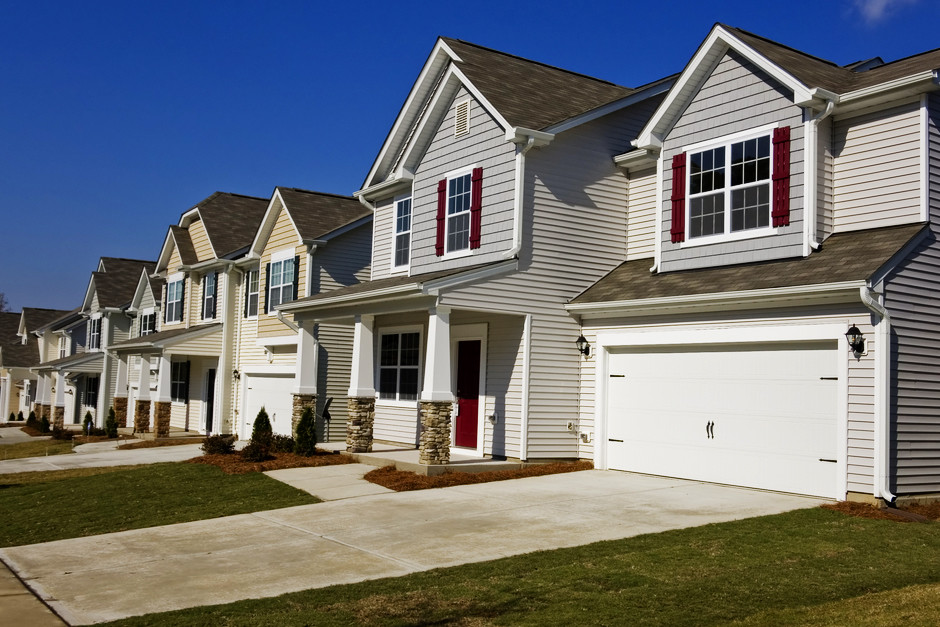 In the erosion of neighborliness and close-but-not-intimate friendships, how is the nuclear family faring?

Shifting family structures and the transformation of American community life are typically engaged separately, the assumption being that the thesis of Bowling Alone doesn’t have a lot to do with today’s changing family patterns. And there are many ways in which what goes on between neighbors, within volunteer associations, and through other social networks don’t touch the more enduring bonds within families, which have roots and dynamics internal to themselves. But reading Marc Dunkelman’s updated take on precisely how American community has changed in his 2014 book, The Vanishing Neighbor, I was prompted to ask how the social shifts he observes might be putting the family in a more fluid and uncertain place in the hierarchy of relationships Americans, and particularly young adults, engage today. 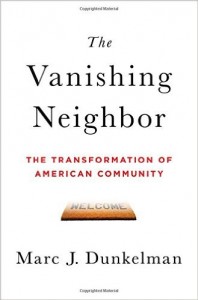 Dunkelman’s core argument is this: America’s social architecture has undergone a subtle but pervasive hollowing out over the last few decades. Adults today value different kinds of connections than did their grandparents: our time and attention tend to go toward a few intimate relations and then a spray of casual acquaintances, what Dunkelman calls the inner and outer rings. What we’ve abandoned are the relationships in between—the “middle-ring” ties characterized by familiarity but not intimacy, friendliness but not extreme closeness. These middle-ringers defined the America that Alexis de Tocqueville observed, sustained as they were through fraternal and religious organizations, civic associations, and limits of mobility and choice, which allowed for a more meaningful engagement of differences and interdependency within people’s habitual spheres. Commitment as a posture was easier to come by, even though, contra our modern assumptions of what fidelity requires, people’s native interests, ideological persuasions, and personality preferences were often strapped to the back seat.

Dunkelman cites many causes for the erosion of these middle-ring ties: advances in technology, geographic mobility, growing distrust in the institutions that once incubated these deeper connections, and the more intangible shift toward individualism in American psychology as we have become ever more devoted to finding our “true self.”

“We’ve been empowered in nearly every aspect of our lives to move past many of the burdens that once prevented us from pursuing our personal interests and concerns,” writes Dunkelman. “Americans of all stripes have been given the license to abandon the relationships that don’t interest them for those that do; we’ve been given the opportunity to pick and choose the relationships we most want to maintain.”

I might differ with him on the “all stripes” sweep—it seems dubious that the poor, the working class, and newcomers from abroad can wave a relational wand and scoop up whoever suits their fancy. Nonetheless, for those with a college degree, the networks and opportunities that lie at their disposal for discerned consumption of specific ideas, people, and lifestyles are more limitless than they’ve ever been, and more specialized. Choice has trumped habit in defining the lives we craft for ourselves, and with this comes a less-felt need to make commitments for the long haul, a heightened instrumentalism in the way we choose our friends, and fewer relationships that drive conflict or meaningfully expand our intellectual horizons. In Dunkelman’s analysis, the inner and outer rings serve the same basic need: They affirm us and tell us that we belong.

Dunkelman references a cross-disciplinary range of fresh data to back up his point. The average cell phone bill in America today shows the bulk of calls are dialed toward the user’s most intimate three to five associates. Meanwhile, entrepreneurship is up, followership down. The number of voluntary organizations has skyrocketed, from fewer than 6,000 in 1959 to more than 22,000 in 1990, with the size of each individual group shrinking to a tenth of what it once was. Social media outlets like Facebook and Twitter allow for thousands of contacts and group bonding over a single plane of mutual interest—a fuller knowledge of each person faded behind the glare of that one passion forging a community feel. As for the classic proxy for middle-ring ties—neighborliness—sociologists Peter Marsden and Sameer Srivastava have recently published findings showing that 31 percent of Americans spent one evening per week socializing with their neighbors in 2008, down from 44 percent in 1974.

Pondering these rings, persuaded both by experience and Dunkelman’s data that we are actually hard-wired to need all three, I began to wonder what is sliding—however unintentionally—into the middle-ring slot in our lives today. Particularly for American young adults, who are negotiating their needs for intimacy and independence in an era where the safe containers to nourish and develop these are more elusive than previous decades, has the family begun to bear the burdens of middle-ring dynamics in ways at odds with its design?

As readers of this blog know well, the average marriage age has leapt forward five years since 1960. The definition for what makes an established adult is more radically up for grabs. In the odyssey period now accepted as “emerging adulthood,” there is an untethered volatility behind the resume-building and Facebook cheer. Recent studies show that while loneliness as classically defined may be declining just slightly, what psychologists call “social network isolation” is on the rise – given prompts like “There is always someone I can turn to if I need help,” young Americans increasingly answer “no.” More and more emerging adults feel like they don’t have a web of relationships they can rely on in extended periods of hardship or uncertainty.

In the midst of this morphing landscape, the nuclear family stands as one of the few familiar mainstays of support. The problem is, there just aren’t other sorts of healthy, adaptable institutions undergirding and surrounding the family. Growing research around relations between parents and their adult children only hammers this reality home. According to the 2013 Clark University Poll, three-quarters of today’s emerging adults receive financial support from their parents. More young people are looking to their parents for advice: 67 percent of mothers say they have daily contact with their young adult child, as opposed to the 50 percent of parents in 1986 who reported speaking to their grown child once a week. At the same time, 30 percent of emerging adults say that their parents are more involved in their lives than they really want them to be, and many parents and their grown kids are voicing uncertainty and frustration around how to handle the necessary process of individuation when the world beyond is one wide open sea.

Urie Bronfenbrenner, a famous developmental psychologist, once said that when the family is working well, it is “the most elegantly designed social service system.” In thinking about the family’s nature and role through Dunkelman’s three-ring theory, it does seem like the adult family is perfectly teed up to take residence on the middle ring. But when the ring itself is eroded, when we don’t recognize our need for it, and when the family becomes the only institution operating between inner- and outer-ring ties, stresses develop. It’s simply not designed to carry the whole net. We’re now seeing a generation of twenty- and thirty-somethings and their parents struggle to live out their adult relationships in a manner that leads to mutual flourishing and freedom, and very few other middle-ring institutions are there to help pave the road.

The recent research on this emerging adult life phase revolves around the challenge of its longevity: What are the implications of young adults depending on their parents for years longer than previous generations? But I wonder if the inquiry could be more productive if it focused instead on identifying, reforming, and creating anew those institutions that could satisfy our middle-ring needs, institutions that could offset the weight many families are carrying. What if we accepted that a decade or more of “emerging adulthood” is likely a permanent reality? Then we could commit ourselves to building more communities offline that are oriented around 50 to 150 cross-pollinating friendships and a central idea, be it the needs of a real place, the building together of a lifelong set of skills, the contextual exploration of a worldview, a cause that is more than the sum of its parts. If both public and private leaders made an effort to encourage investment in the experimenting and building of these more holistic “colonies” for young adults, the family may be surprised at the middle ring air it’s suddenly able and quite willing to breathe.