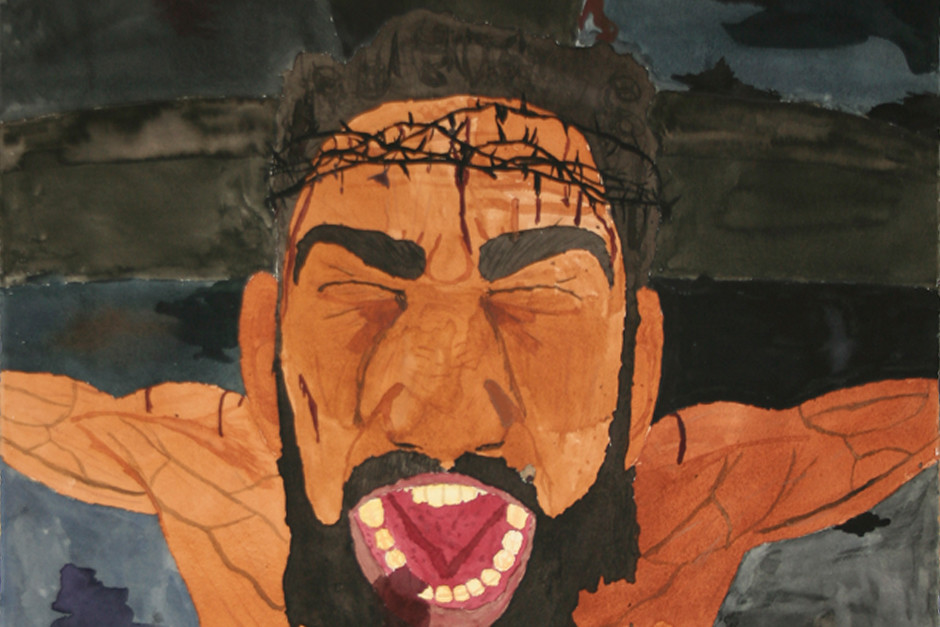 Christian Wiman walks the line between belief and unbelief on a day marked by both.

We live in an anxious age, say the soothsayers. An atomized franticness is in the air, driven by a cross-fire of invisible syndromes—social distrust, fear, a frustrated sense of spiritual homelessness.

Today specifically is Holy Saturday, a day observed by Christians as an uneasy stage in Holy Week – the silence buried between Christ’s passion on Good Friday and his resurrection on Easter Sunday. I didn’t grow up knowing about Holy Saturday – it was a normal day of chores and play before Sunday’s joy. But two years ago I was welcomed into a study group of theologians and psychologists, the company of whom, over many months, shed light on the honesty offered through this liturgical marker. Slowly, with some intuition and empirical study, I began to think of our times as Holy Saturday times, not limited just to a Christian conception of the calendar, but to an age defined by anxiety and in-between-ness, inchoate feelings of unsettlement and longings for community and more permanent commitments.

Voices that could articulate some of this modern malaise became attractive, and on this Holy Saturday, March 26, 2016, I’d like to revive one of them – a poet named Christian Wiman. He’s one of the more existentially brave writers I know, walking the tightrope between faith and unbelief at a time when the loudest around him deny that breathing the air of both is possible. 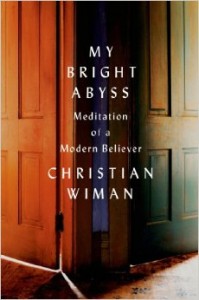 “There is an enormous contingent of thoughtful people in this country who, though they are frustrated with the language and forms of contemporary American religion, nevertheless feel that burn of being that drives us out of ourselves, that insistent persistent gravity of the ghost called God,” says Wiman in his 2013 masterpiece, My Bright Abyss. “I wanted to try to speak to these people…I wanted to write a book that might help someone who is at once as confused and certain about the source of life and consciousness as I am.”

Wiman invites his readers to listen and consider as he gropes for words to express the wordless. His is a beautiful language fluent in tensions and binaries, knotty paradox often preferred to some easy equation. Truth doesn’t come cheap. He is a wrestler, one who honors faith precisely by doubting it. Out of the concentrated intensities of his own life – falling in love, a devastating diagnosis, the birth of twin girls in the shadow of an encroaching mortality – a recognition of something beyond strikes him. And the content of that beyond, and the how of reaching it, fuel the questions that bear Wiman’s subsequent spiritual see-sawing.

“Was [my] fall into belief or into unbelief?” he asks. “Both. For if grace woke me to God’s presence in the world and in my heart, it also woke me to his absence. I never truly felt the pain of unbelief until I began to believe.”

This sort of tension is a motif in Wiman’s meditations, and his ability to articulate it is finding resonance not only in the sociological crack between secularism and belief, but also for the interior worlds of those believers and unbelievers who are aware of the frailty that haunts the bridge between their committed convictions and life’s inevitable shatterings. He is honest, unnerving in the bracing way he stakes out faith’s costs without guaranteeing reward of permanent certainty. But in his courage to consider a faith that walks in raw awareness of its present vicissitudes, Wiman grants his readers permission to weigh their own see-saw as a real part of faith’s intended path, whether that faith leads toward God or away.

“Honest doubt, what I would call devotional doubt, is marked, it seems to me, by three qualities: humility, which makes one’s attitude impossible to celebrate; insufficiency, which makes it impossible to rest; and mystery, which continues to tug you upward—or at least outward—even in your lowest moments. Such doubt is painful—more painful, in fact, than any of the other forms—but its pain is active rather than passive, purifying rather than stultifying. Far beneath it, no matter how severe its drought, how thoroughly your skepticism seems to have salted the ground of your soul, faith, durable faith, is steadily taking root.”

Wiman speaks as one now cautiously inhabiting the Christian tradition, but it is not so much its institutional scaffolding that attracts as does its central doctrine, and the Person at its heart. Wiman desperately needs God to understand human suffering, and to experience it with us. He also needs the particularity of our earthly lives to be intimately bound up in the life of faith, for belief to be more than some abstract, immovable chain of logic. In these non-negotiables Wiman finds Christ peculiarly corroborated. He writes:

“What is most moving and durable about Jesus are the moments of pure—at times even helpless: My God, my God—humanity. Less so the miracles. Less so any shiny superhero. There’s no release from reality, no “outside” or “beyond” from which some transforming touch might come. But what a relief it can be to befriend contingency, to meet God right here in the havoc of chance, to feel enduring love like a stroke of pure luck.”

“Christ is contingency,” he continues. “Meaning subject to change, not absolute. Meaning uncertain, as reality, right down to the molecular level, is uncertain. As all of human life is uncertain. …I suppose this might seem for some people deeply troubling/heretical, but I find it a comfort.”

Out of the rugged contingency of this Christ and his own faith experience, Wiman sees a need in our time for a new language, a “poetics of belief,” one that is “capacious enough to include a mystery that, ultimately, defeats it, and sufficiently intimate and inclusive to serve not only as individual expression but as communal need.” Many a reader has quoted this sentence, and not just those already committed to religious communities and practices. But what exactly does he mean? Is he simply calling for new intellectual engagements? I doubt it – Wiman seems too grounded as a poet and as an endurer of some of the more acute human sufferings to want simply a faith of fresh wordplay. Instead, he seems to be asking for new patterns of language and containers where people can more fully embody them, communal containers that invite that meeting between transcendent grace and “the hard reality in which daily faith operates.” He’s asking for models of life and judgment that allow God’s grace to cover but not cheapen, to kiss but not devour.

This is a hard call, however resonant its ache. How does one cultivate patterns of thinking, feeling, perceiving and doing that are at once rugged in their worldliness yet holy in their hope?

Holy Saturday provides an invitation to meditate on this question, and Wiman’s My Bright Abyss some language to square with our own experiences of belief in modern times. Both gesture toward ways of life that recognize the import of the in-between pages, of practices and communities that may safely carry their vulnerability. Perhaps it’s a day to reflect on where these are in your own life. To see if you can name those people and places that allow the fragility of the discomfort between certainties to find meaning, maybe even grace.

This is Holy Saturday – the strange emptiness at the center of history’s most powerful drama.