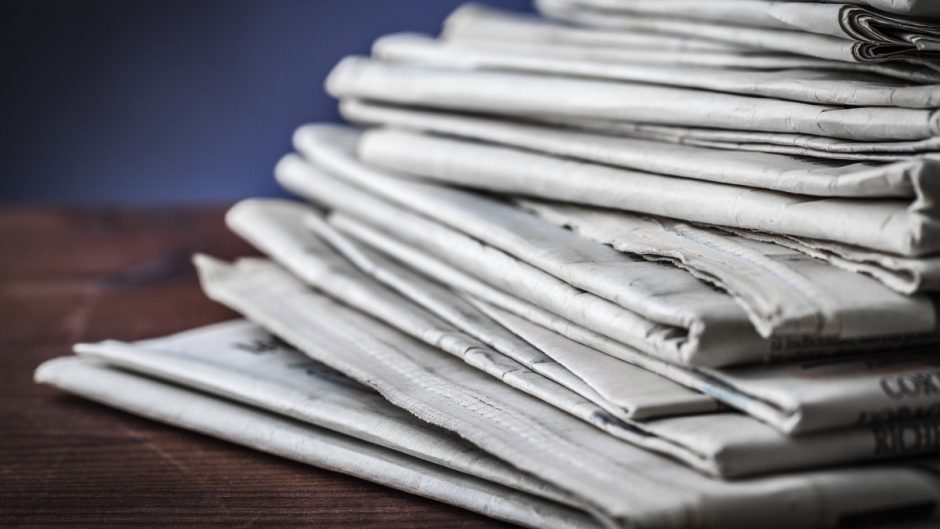 A symposium on the changing nature of professions in the digital age.

You’ve likely had more than one heated conversation with an automated voice messaging system or nearly lost it trying to buy avocados at the self-checkout. You’ve seen the images of robots building cars and now providing companionship for senior citizens. Our new creations are freeing us from work as never before, but we’re often left asking: Now just what were we created for?

If you believe, as we do at Comment, that humans were made for work, then our increasingly automated, digitized age provides good reason to panic. But in Richard and Daniel Susskind’s provocative book, The Future of the Professions, you’ll find that things are not as bad as the doomsayers suggest. Our work is not being done away with—at least not completely. However, it will look radically different in the coming years. How? We’ve enlisted professionals in medicine,automation, divinity, journalism, and business to bring us some critical, skeptical, and insightful reports from the future, as it were. Take a peek.

I joined Facebook and Twitter recently, and all I know is that Rip Van Winkle was fully justified in feeling bewildered when he awoke to a changed world twenty years after falling asleep.

“Come on in,” friends have quipped. “The water’s not so bad!”

True enough, but it’s still psychologically overwhelming, this cascade of photographs and opinions from those I’ve only known through intentional relationship and shared experience. I haven’t accompanied the bulk of my peers through the developmental stages of numbing and virtual discernment. I’m not yet fluent in interpreting the sense-making signals of an online community over and above the language I understand in real time and place.

But creating a social media presence, which in my case was a surrender to long-building professional need, has at the very least prompted a new level of awareness around technology’s disruptive power. For too long I had snubbed social media as a kind of off-camera fan whose main effect was to blow around the seeds from dandelion sprouts—creating all this hype, but really only carrying the content that lacked weight and spine. I assumed that the strongest of today’s writers, videographers, photographers, and podcasters wouldn’t need social media to get an audience. Cream always rises, right?

“Writing,” Dorothy Day once said, “is an act of community. It is a letter, it is comforting, consoling, helping, advising on our part as well as asking it on yours. It is part of our human association with each other. It is an expression of our love and concern for each other.”

This is the personalist expression of journalism as a public good, as part and parcel of a deeper mission. But perhaps I’ve been rash to dismiss the latest technological revolution as unable to contribute to this cause. Who’s to say that social sharing platforms can’t be agents for other forms of human association, if only we hone a way to harness them effectively?

Father-son pair Richard and Daniel Susskind, in their book The Future of the Professions, argue that digital technology is making available a degree of knowledge and expertise that ordinary people could not previously afford, let alone access. In their view, the flattening applies to sectors as core as education, law, accounting, and medicine. Journalism experiences its own form of this with the advent of “citizen journalism,” and a gradual loosening from dependence on traditional newsrooms and institutionalized brands.

The odd thing is that journalism—perhaps like most professional sectors—is what it is precisely because of technology. It is technology that transforms a simple conversation, a tour, and any event of consequence into an act of journalism. A pen records observations in a notebook; an audio recorder captures an interview; typewriters and then computers and cameras have been deployed to craft and edit the public narrative; printing presses, radio wires, and television cables transmit the news to an audience. It’s an attentive eye applied to life as it happens—recording, interpreting, framing—that makes journalism journalism, and that entire process is channelled through “technology.” Social media and virtual reality are simply the latest developments in a long progression.

In each technological stage, there is always this question lurking: what is the end toward which this piece of technology is being deployed? If we assume, as I believe we should, that technology is a tool in the hands of a superior entity (namely a human being, an institution, a state), what is it trying to express? Who is it serving?

This question consumed me in journalism school, where a liberal arts undergraduate background had me geared up to focus on the substance of stories, their sources, and what effect their telling would have on their intended audience. But everyone around me—fellow classmates adept at the latest virtual platforms—was having a different conversation. They were talking about Buzzfeed, Reddit, Snapchat, and Twitter. I watched Page One, a 2011 documentary with the late David Carr, about newspaperism changing at the New York Times (where I worked at the time). Most scenes showed reporters on the digital-media beat toggling between big open screens, staring at proliferating feeds of tweets, a scene that resembled the trading floor of the New York Stock Exchange more than it did a news bureau.

I wondered what was wrong with me as I felt myself shirk back, overwhelmed. Did I simply lack the needed learning style to produce amid chaos? Was I being naïve and even irresponsible in recoiling from the new market signals, however disruptive?

I’m sure the answer is yes, for which I now hang my head. But at some primordial level, it felt wrong that this new world seemed to reward sharing and armchair commentary over and above original creation, discouraging those who would otherwise be in the arena. I resented how social media was changing journalism into a marketplace driven more by clicks and personal brands than by a discerning prioritization of serious questions and an influential connection with a reliable group of consumers. I felt exhausted, confronted by seeming obsessions with process and various vehicles of transmission rather than the craftsmanship of stories that had brought me to journalism in the first place.

Slowly, though, as I moved away from the luxuries of a prestigious news institution into the scarier world of freelancing, I began to recognize that social media could help the entrepreneur and the little guy. Properly used, it could form a broader and more pliable bridge between creative content and inquiring audiences. It was disruptive, yes, but it also offered fresh possibilities for human connection and impact that could displace and even redeem the mediums’ more obvious seductions, distractions, and conceits.

A few months ago I had the joy of reporting on a powerful story of police reform in San Antonio. It hit some radioactive issues: a national debate around race and criminal justice, overflowing jails and mass incarceration, mental health and stigma, and, at the end of the day, police officers whose jobs are very hard and whose public reputation is up for grabs. Once I learned all that I could on the ground, my job became as much an exercise in educating the public as it was a moral effort to honor and draw out this smart ray of light in a debate fogged by heat.

“Technology” was used at every step, but all the journalistic sweat went into a willingness to see and feel the edge of human pain broken down by the compassionate smarts of officers who had humbled themselves before a dark and counterlogical world. This was what I hoped other city mayors and police chiefs might notice, that they would be moved by the players and get on a plane to meet them, to learn from San Antonio and to build a national network of like-minded reformers. The article needed clicks to get out there, it needed social sharing and the media I’d once resented, but these were in service to a greater human project—in this case civic safety, proper treatment for the mentally ill, cross-sector collaboration in a city, and the reduction of huge tax expenditures.

Technology is a tool, and yes, it often seems to be running our lives. But step back. Perhaps if we regularly remember it as something we first created, as a vehicle of efficiency and amplification of human contact, we’ll not find ourselves strapped helplessly in the backseat.

This piece was originally published in the Summer 2016 issue of Comment Magazine, as part of a larger symposium exploring the future of a digitized professions.