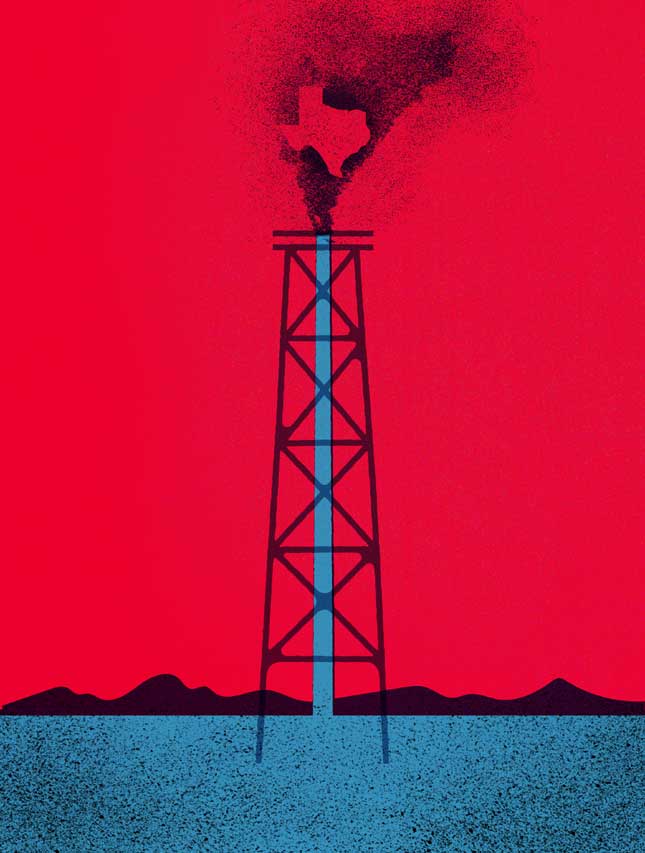 This excerpt was originally published in a sleeve that City Journal put out called “Lone Star Quartet,” a narrative on how some of the country’s fastest growing metros — Houston, Dallas, Austin and San Antonio — are powering the Texas economy.

“The American dream is alive in Houston”—I’ve heard that over and over in my two and a half years of living in this city. Word seems to be spreading. About 570,000 people have moved to Houston over the past half-decade. United Van Lines moved 2,568 shipments to Houston last year, making it the most popular destination in Texas. And the new residents come from all over, increasingly including the three core groups that every marketing firm longs to corner: millennials, immigrants, and families.

So why Houston? Jobs and affordable housing are key factors. As the Midwest has stagnated and coastal cities have become ever more expensive, Houston has emerged as an attractive alternative, especially for the middle class. The environment welcomes entrepreneurs, and not just those in the energy industry. The technology sector is booming, the restaurants and museums have garnered international respect, and bustling immigrant businesses stretch on for miles into the suburbs.

Ask people what their experience of the city has been like, and you’ll hear an enthusiasm that the economic data don’t capture. “What originally attracted me here were the professional opportunities,” says Joe Rausch, a former New Orleans resident working in the oil industry. He came to Houston expecting to stay one year; he’s going on six. “What’s kept us around is the people and the culture. It’s a sort of Gulf Coast meets international city, very welcoming and open,” observes Rausch. “It’s a can-do environment where, if you work hard, if you are talented, and maybe you get a little luck, you can achieve great things.” Longtime resident Kathryn Hooper, a retired school principal, agrees. “It’s always been a city where if you put your shoulder to the wheel, you can be and do anything you want.”

That openness is reflected in Houston’s very form. The first thing that visitors notice when they drive in from Bush International Airport is the city’s endless sprawl. Freeways spaghetti over and around one another. Once you get to a semblance of a city center, it’s hard to tell which downtown is Downtown: multiple high-rise clusters and a mash-up of architectural styles command the view. Everything about Houston screams spontaneous, including the famous “zoning lite” policy that lets developers slap up buildings in quick response to demand rather than procedural obedience to central planning. This market-driven approach doesn’t make for a particularly beautiful city, but it does help forge a dynamic one, where ease and adaptability of building lead to cheaper building—and cheaper housing, which means more housing and commute options. According to the National Association of Home Builders, more than 60 percent of homes in the Houston metro area are considered affordable for median-income families, compared, for example, with 15 percent in Los Angeles.

Tory Gattis at the Center for Opportunity Urbanism calls this “affordable proximity” a core urban challenge of our time: How can ever larger numbers of people live and interact economically with one another while keeping the cost of living—especially housing—affordable? Between 2010 and 2014, Houston’s population expanded by 6.7 percent, but instead of housing prices skyrocketing, they simply diversified. Houston’s light regulatory touch allowed developers to expand the housing stock swiftly enough to accommodate the new residents, issuing construction permits for 189,634 new units, more than any other city in the U.S.

The resulting low cost of housing, adds Gattis, “increases discretionary incomes flowing through the city to improve vibrancy, opportunity, and a sense of prosperity.” Just ask Ann Vo, who moved to Houston from Toronto in 2010. When she arrived, she had nothing but a few suitcases and a dental degree. “I had no credit history, so everything was purchased with cash,” she recalls. “I worked diligently and saved up. I was also extremely lucky that the cost of living is so affordable compared with Toronto.” It proved much easier for her to get established than it was for her Toronto friends. “Now, five and a half years later,” she says, “I find myself deliriously happy with a husband, baby, house, and a community of friends.”

Andrew Khoi Nguyen, one of the last of the boat people fleeing the Vietnam War, is now 42 and works at a big Houston tech firm. Like Vo, he sees Houston’s affordability as a remarkable comparative advantage, especially in the freedom it offers in choosing a way of life. “Cities like New York or San Francisco may still represent better opportunities to become wealthy, to earn status or fame, but Houston’s low cost of living allows people I know to live comfortably in the manner they desire.” Whether high- or low-income, whatever their age bracket, and however different their conceptions of the good life, Houstonians can find a niche.

Houston is proud of its rich ethnic diversity: 145 languages are spoken in residents’ homes, and one in five Houstonians is foreign-born. Take a walk through Houston’s version of Central Park—Hermann Park—and it’s like looking through a kaleidoscope, with headscarves, tai chi, Filipino a cappella groups, and Mexican piñatas swirling into view. A socially egalitarian city that features regular encounters with the Other, Houston embraces a kind of creative friction that grants permission to fail, both commercially and socially. Ann Vo’s husband, John Tran, an attorney who grew up in Sugarland, a Houston suburb flush with Vietnamese and Indian-American families, enthuses: “Houston may be synonymous with cowboys, barbecue, and NASA, but it also harbors a secret identity as a place for you to steadily steer your own desires into a bona fide American dream.”

To read the whole essay by Urbanophile Aaron Renn and others, please see here.