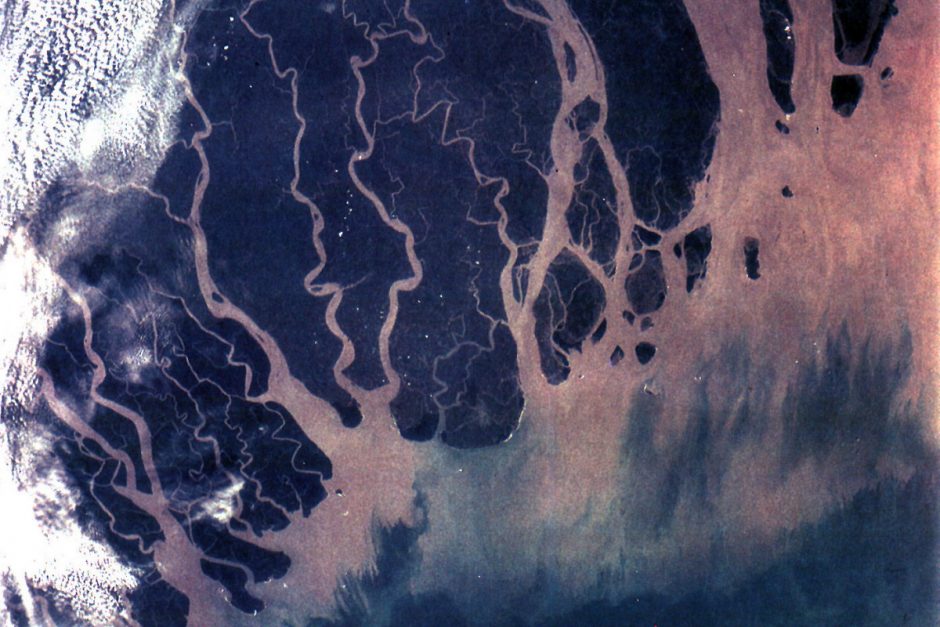 “Have you understood all these things?” Jesus asked. The disciples said to him, “Yes.” And he said to them, “Therefore every scribe who has been trained for the kingdom of heaven is like a master of a house, who brings out of his treasure what is new and what is old.”

I have found the most compelling repairs are the ones that make themselves visible, that leave evidence of the breakage and also of the imagination by which the breakage becomes transformed. Such repairs are always provisional, imperfect, and ongoing. Like a nest, they involve continual mending. They ask for a willingness to keep remaking what is perpetually at risk of falling apart. It is this remaking by which a home, and a life, may come: not in spite of what has gone before, but because of it.

—Jan Richardson, Sparrow: A Book of Life and Death and Life

This entire project was born out of an ache.

It was an ache of wanting birth to stanch the flow of death.

It was an ache of watching institutions that I love shudder in dread of shuttering as the lockdowns took their early swipes.

It was an ache of sensing that my own nation was at its weakest physiological state in its brief yet storied history, weakened in all the things that allow a collective to endure a global wallop and stay standing: social trust and goodwill, respect for authority (with that authority then stewarding its legitimacy with honor and an eye for service), a shared identity and agreed-on origin story, civic maturity that puts the life of the whole ahead of oneself. It was an ache of doom before still further fragmentation, a doom of dread that a common vision of reality itself was evaporating.

I suppose at some instinctive level Breaking Ground was born also from the ache of an artistic brain trained to pay attention to the currents that run beneath the surface of shock and havoc, and to find there hints of revelation. I knew early that I needed multitudes of others smarter and differently skilled than I for this sort of societal scuba dive to come up clear (thank you, Susannah Black! thank you, contributors!); the question was how to gather when “scatter!” was the order of the day.

Thanks to the agility of digital tools, and to the awakened sense among many institutional leaders that the old way of doing things on one’s own would not cut it in the face of the interconnected social earthquake that was steamrolling our days, gather we did, albeit with fewer gigabytes blessing our communion. This platform publicly launched just hours after the first memorial service was held for George Floyd one year ago, and as I said in the gray twilight of what would become the violent summer of 2020, “Breaking Ground is first and foremost an act of hope.”

But how to see, exactly? And with whom? How could we be confident that what we were seeing and naming was real, and not simply our own glass?

The central task facing our society as we exit the COVID-19 pandemic is to build a common vision of reality.

I have neither the philosophical nor neuroscientific chops to dissect the nature of reality: Is it a question? Is it subjective? But answering the above triad with care has been Breaking Ground’s high calling and, in a year of epistemological rupture, our thorny task. For it turns out that reality, like suffering, is iconoclastic: Each new drama shatters our preconceived notions of what’s actually going on, what works and what’s effective, what the categories for our understanding should be, what the questions are that we should be asking, and, most painfully for so many this last year, who our tribe actually is (or ever was). This shattering builds into a redefining process that can be as exhausting as it is indiscriminate, challenging individuals, institutions, whole nations, a generation.

It turns out that reality, like suffering, is iconoclastic: Each new drama shatters our preconceived notions.

What we tried to do here, in this pilot year of a conversational exploration and, hopefully, longer-term community, was dive into these trenches with you and trace in real time the contours of those shards so sharply lacerating our common life. We looked at the abject failure of our politics to stop mass death, a failure superseded only by the failure of our own Christian community to meet the moral opportunity presented by the nation’s awakening to the realities of ongoing racial injustice—a failure of clarity, unity, and grace that ceded the floor to the pagan poles. We reflected on the renewed attendance so many of us have found ourselves paying to proximate goods: the household, the family, the neighbor, the village. We named the weakening authority of expertise and sought a more capacious understanding of wisdom worth following, and how to cultivate cultural receptivity to such wisdom. We debated justice’s relationship to peace and vice versa as our streets shook, and revisited what unity in a polis even is. And so much more.

Woven through all the unmaskings of this year, of course, was the final crumbling of a narrative of self-sufficiency that has proved to be as false to the way we are wired as it is destructive to the tomorrow we need to build. Somehow, in the very paradox of social isolation, I think we’ve all finally realized that we cannot secure ourselves. As Walter Brueggemann said so softly in the first of six contemplations that set the tone for this whole endeavor, we can only be secured by someone who is faithful to us. We need someone to hear us, which in turn demands that we continually train to become the kinds of people worthy of another’s need to be heard and seen. This includes our neighbor. This includes God.

We need someone to hear us, which in turn demands that we continually train to become the kinds of people worthy of another’s need to be heard and seen. This includes our neighbor. This includes God.

And this is where we land. The central task facing our society as we exit the COVID-19 pandemic and return to some semblance of physical normalcy is to build a common vision of reality. We happen to be living through an institutionally neutered moment, when people are choosing totalizing explanations based on the psychic rewards of belonging to a particular group. It’s increasingly yielding extremists, but—and here’s my hope—it’s also squeezing out a chastened remnant. And it’s this remnant I’d like to speak to as we close.

It may be too late to build a common vision of reality, and it may never have existed in the first place; but without it, the system of relationships that we know as “society” will continue to disintegrate. “Common” does not mean complete; it is God, the ultimate iconoclast, who alone has that perch. But my hope is that those tethered to his love might yet be moved to create spaces like this one, on and off the page, for honest reflection, dialogue, imagination, and especially grace. For it is in the neighbor’s face that we behold God’s face, it is in the neighbor’s pain that we find our assumptions softened and our numbness dispelled, and it is in the neighbor’s story that our own story is tutored, shaping, as we perceive and listen and learn to love, the ground for us to stand on, and for us to build once more.

This piece was originally published as the coda to the year-long publishing venture of Breaking Ground, a collaborative web commons Anne created in June of 2020 to engage a year of layered crisis with patient, probing site, ingenuity in re-imagining the future, and, crucially, hope. You can find the specific contours of the fractures alluded to here at BreakingGround.us, where dozens of thought leaders and moral exemplars reflected in real-time on a world being remade.

Learning from the Past, Facing the Future

O Virtue, Where Art Thou?