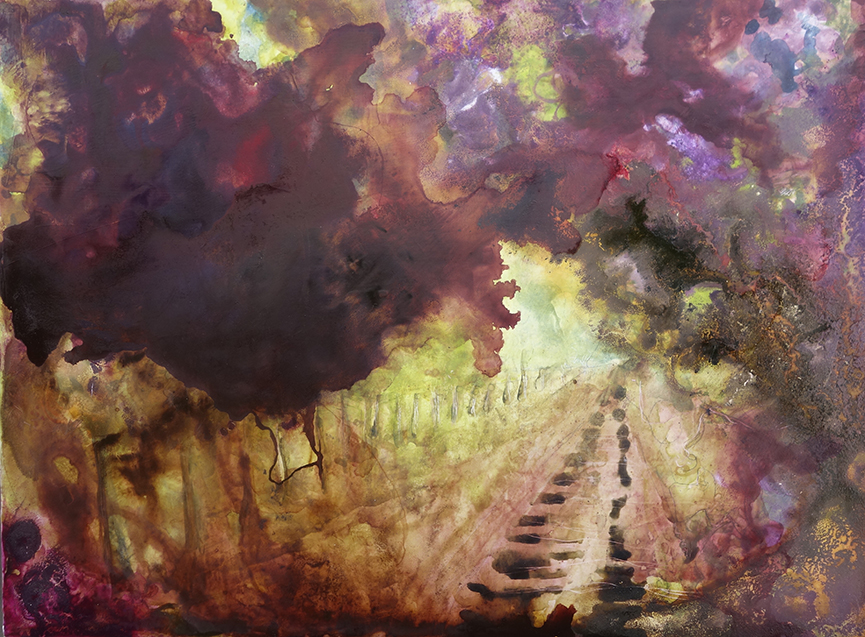 Discerning history in all its multitudes.

My car idles on Edgewood Lane, the residential side street that became a death trap in 2018 as the most devastating fire in California’s history swallowed a ridge without warning. Feeling the hushed holiness of these levelled lots, I whisper a prayer for mercy, helpless. It’s been fifteen months since the Camp Fire razed the town of Paradise, California, in the foothills of the Sierra Nevada mountains, killing eighty-six people and robbing thousands of their homes. As my tires crackle over the gravel between the stream that saved a life and the fence that trapped another, the air swirls with a thousand flies and a haunting memory of what was.

There is the hush of the horror itself, the shared trauma that is now unasked-for glue between all those who escaped the flames. There is the memory of the old Paradise, a last vestige of quirk and quaint, roots going back generations, affordable housing. There is the knowledge of lives irrevocably altered, their previous trajectories shocked into dependency and displacement. These barren streets were once flourishing neighbourhoods, their residents trusting in futures with coordinates.

Hearing my prayer get sucked in by the air-conditioning vents, I am not sure why I am invoking divine assistance. The tragedy is over, and I was three thousand miles away when it occurred. The only remotely useful action might be to pray for the town to rebuild its ruins in a way that is just, providing a civic lesson for the rest of us as natural disasters become more normal. But the time for any kind of saving is past.

Still, my involuntary intercession suggests a connection with people I’ve not known and a place I’ve not lived. Despite these gaps, this tragedy is somehow also mine, the solidarity kicked up by human loss posing its question: Knowing now what I know, what am I to do?

Individual memory is a tricky thing, collective memory still trickier. For those in pluralistic democracies, we find our common life conducted uneasily between an aspirational creed of equality and the official memory curated to preserve it, and the harsher realities of life trajectories that begin far apart and often finish still farther. What narratives do we migrate toward to interpret our own coordinates and explain the broader disconnect? Where is truth amid the multitude?

In an age when the humanities are struggling to defend their utility, history tremors at the tip of the spear. It doesn’t seem to explain the way things are, it’s not, well, current, and, in a rather damning revelation of contemporary preferences, it doesn’t tickle our endless fascination with ourselves.

This spring issue exists to demonstrate that a prismatic study of history may be among the most important—even urgent—disciplines we can undertake for the recovery of a healthier public discourse and the beginnings of mutual accountability. So much history is under contention today: Whose history is getting told, and who gets to tell it? What sorts of framings repel us, and what sorts reassure us? To which stories should we pay homage, and which—if any—should we forget?

In this issue, we’ve invited an array of contributors to (1) tell some histories with fresh integrity, (2) explore the role of memory, both shared and individual, and (3) discern how much weight to give the past in discerning the contours of our present. Our hope is that you’re inspired to participate in the shared nature of the task. For it is not just the professional historians who preserve memory and interpret its meaning. It’s the descendants of systemic oppression and generational sin. It’s the craftsmen and women who have inherited a skill that’s been honed generation by generation. It’s the mythmakers and the myth-believers. It’s the teachers and speechwriters, the mothers and the grandfathers, the chefs and the storytellers, the pen pals and institutional stewards.

We share in the task vertically too. We are not the first generation to wrestle with the shadows of competing inheritances, nor will we be the last. In times of heat and social distrust, it’s tempting to act on feelings of ultimate urgencies, to pound toward total clarity without regard for persons, to be chronologically arrogant in the name of justice and factually sloppy in the comfort of nostalgia. But humility is the key to remembrance done right, as Reinhold Niebuhr once said:

This piece was originally published as the introductory editorial to Comment Magazine‘s Spring issue, 2020.

Breaking Ground for a World Renewed: A Beginning