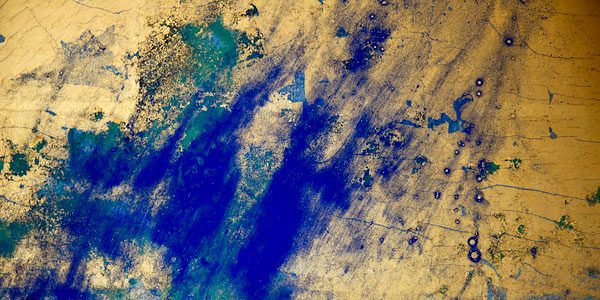 Trying to see through smoke and fire.

The Greeks believed that time had a secret structure. There was the moment of Epiphany when time suddenly opened and something was revealed in luminous clarity. There was the moment of krisis when time got entangled and directions became confused and contradictory. There was also the moment of kairos: this was the propitious moment. Time opened up in kindness and promise. All energies cohered to offer a fecund occasion of initiative, creativity and promise. Part of the art of living wisely is to learn to recognize and attend to such profound openings in one’s life.

—John O’Donohue, To Bless the Space Between Us

It is ridiculously hard to see clearly this year. The rush of events, the blur of time, the world-shrinking effects of physical distancing, the unprecedented nature of one crisis stoking a tinderbox for the explosion of a thoroughly precedented one. Anyone who claims to know how long the COVID-19 pandemic will last and what our society will look like on the other side is kidding themselves, even as a wider number are being awakened and drawn into a profound accountability to our future commons as citizens carrying competing inheritances in one land.

This summer issue of Comment was originally designed to peel back the layers and examine all that’s being revealed by the COVID-19 pandemic. From what kinds of care we outsource, to the telos crisis afflicting many of our most critical institutions, to glaring inequities in civic experience and opportunity, to a generation plagued by screens and the meritocracy’s grind, we had hoped to shine some light on the cultural assumptions that had come to undergird “normal” in hopes of gaining some clarity on our moral options—as people, as institutional participants, as members of a society, as citizens of a polity.

And then the murder of Ahmaud Arbery was filmed. And then that of George Floyd. And then we learned about Breonna Taylor. The exhausting, on-edge existence that had been all too normal for one group of people was finally made apparent to the rest of us, who had until now been able to afford ignorance. Until we couldn’t.

I am heartened that a new stage of racial reckoning is occurring at such scale, and in some ways it feels providential that it drafts immediately after months of physical isolation, habit adjustment, and increased reflection—for many—on existential questions of meaning and social order.

But I am also worried. Our society is not in good physiological shape to hear and respect all the pain being brought to speech, to sit tight before a (perhaps necessary) unravelling of order so that we have a shot at reordering ourselves from a place of truth, and to build something stronger—together—from there. I’m not saying such gains are impossible, but the foundation on which to build seems shaky at best.

Historically, when crises of this year’s depth and breadth have overwhelmed a society, the pattern has been to engage in a series of reforms—reforms of institutions, of policies, and of cultural norms. Crises invariably clarify realities hitherto tolerated, in part because peacetime often depends on a carefully constructed set of fragile contingencies, and also because moral injury of the sort we are dealing with goes deep—into the past, into a dominant culture’s way of life—and implicates everyone in ways that can feel paralyzingly complicated (and viscerally personal) to navigate.

Healthy societies, whose civic arteries are pumping with institutional credibility, moral consensus, and agile, visionary leadership, are able to convert a layered crisis like this into a grand opportunity. But our arteries are distressed. Any kind of moral narrative that could grant force and direction to the ideal of e pluribus unum has been strangled by a war of political narratives. We don’t trust one another. We hold fewer and fewer authority structures in common, and each of us has grown accustomed to seeing reality through glasses we don’t even realize we’re wearing. Distrust has outpaced humility; exhaustion has outpaced love.

There’s a lot that needs to happen for people of faith and goodwill to play a salutary role in hospicing our society’s dying places while midwifing something better. Sitting still and listening is one critical step; cultivating the hunger to observe more capaciously might be a second. “The greatest thing a human soul ever does in this world is to see something and tell what it saw in a plain way,” wrote John Ruskin. “Hundreds of people can talk for one who can think, but thousands can think for one who can see. To see clearly is poetry, prophecy and religion, all in one.”

This piece was originally published as the introductory editorial for Comment Magazine‘s Summer Issue, 2020.

Changing Police Culture from the Inside Out

Reformed Rascals, and Some Lessons for the Rest of Us